(EUobserver) Can we expect a rise in migration from Eastern Europe? 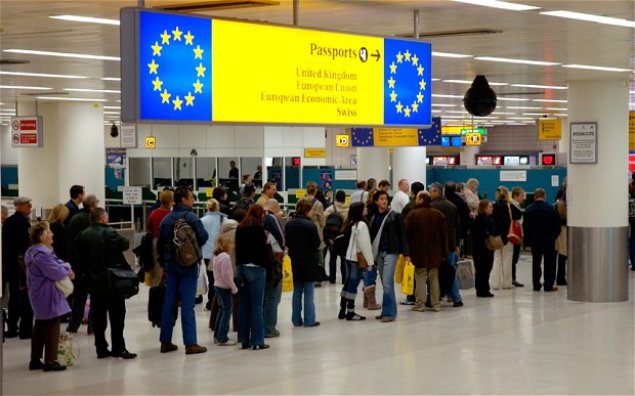 „Research indicates that the inflow of migrants from Ukraine, Belarus and Moldova - even after visa liberalisation - will be modest”, writes EUobserver.

„The Polish Centre for Eastern Studies, altogether with seven other research institutions from Central and Eastern Europe, has recently concluded research aimed at forecasting possible future migration from eastern Europe to the EU and to ‘new’ EU member states in particular.

Special attention was given to links between visa liberalisation and possible changes in migratory dynamics.

According to our findings, no large influx of labour migrants from Ukraine, Belarus and Moldova to the EU should be expected in the nearest future. This is also the case after the visa regime is abolished (as it is with Moldova).


However, the 120 migration experts questioned for the study suggested that ending the visa regime (meaning no visas are needed for travel for up to 90 days) will have some consequences.

These include temporary growth in circular migration, more long term settlement migration, inclination to family reunification, tendency for regularisation of irregular migrants already staying in the EU, and growth in migration for educational purposes.

It seems that not many new migrants will decide to migrate to the EU as a result of visa liberalisation (at least for longer periods), but the migrants already in the EU may attempt to settle down and bring their children or other family members.

There are a few reasons why the expected inflow is rather modest even though there are large wage disparities between the EU states and their Eastern European neighbours.

First of all, Eastern European migration to Central Europe and subsequently further West started many years ago and has already reached saturation point.

A clear majority of Eastern European migrants who wanted to find jobs in the EU have already done so, either by getting EU residence permits or being granted EU member state citizenship.

As many as 500,000 Moldovans are thought to have Romanian citizenship. In 2011-2014 around 70,000 Ukrainian nationals received Hungarian citizenship.

Secondly, Eastern European migration to the EU stabilised due to the global economic crisis and deflated national labour markets in the EU.

The most popular EU destinations for those labour migrants are Poland, Italy, the Czech Republic, Spain and Germany.

Not many new migrants arrive in the EU, rather ‘old’ ones circulate within the Union looking for best working and legal opportunities.

Finally, demographic factors like ageing populations and depletion of labour forces in Eastern European states should be mentioned as the longterm reasons that may hamper emigration from the region.

To sum up, taking into consideration the depletion of Moldova's work force and closer integration between Belarus and Russia, it is only Ukraine that matters in terms of possible migration inflows to the EU.

In our research we asked the experts from the Visegrad states (Poland, Czech Republic, Hungary, Slovakia) to assess the main disadvantages of Eastern European migration.

In general, they did not see any major negative impacts (such as wages being driven down or social welfare burdens) related to future migration from Ukraine, Moldova and Belarus.

However, public opinion and media discourse on migration in Central Europe is more wary of immigration and often contains xenophobic attitudes.

It therefore appears that public perception about Eastern European migration is the main political challenge for the EU and its member states and not the economic or demographic risks related to it”.

The writer is a migration project coordinator in Centre for Eastern Studies (OSW) in Warsaw.