(OPINION) Moldova, a European Neighborhood Tragedy in the Making 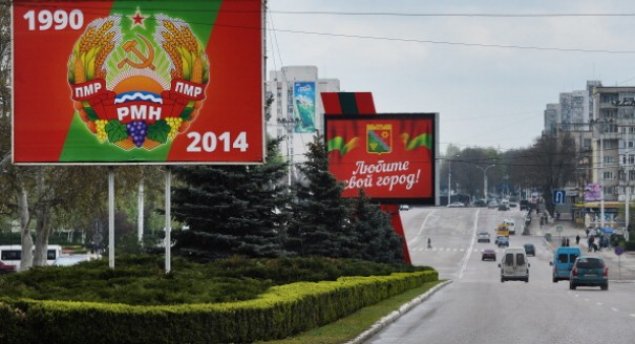 With tensions still on the rise over Ukraine, Moldova threatens to become the next playground for the power clash between Russia and the West. Having spent the better part of last week interviewing politicians, diplomats, think tankers, and journalists in Chişinău and Tiraspol (the capital of the breakaway region of Transnistria), I have returned with a strong sense of pessimism.

The case of Moldova demonstrates in an exemplary way how the current transformational model employed by the EU in its Eastern neighborhood has run into a conceptual dead end. The European Neighborhood Policy aims at incremental change in the political, economic, and social spheres in the hope of creating democratic market economies based on the rule of law and high standards of human rights.

But with political elites in recipient countries refusing to implement the reform agenda, the EU’s approach has precisely the opposite effect of what was intended. Instead of fostering change, the policy ends up cementing the status quo. The existing elites, to whom the EU assigns the role of drivers and agents of change, pretend to put the reform agenda into action but have no interest in promoting change as they profit from keeping things as they are.


Techau is the director of Carnegie Europe, the European center of the Carnegie Endowment for International Peace. Techau works on EU integration and foreign policy, transatlantic affairs, and German foreign and security policy.

Considerable portions of EU money are siphoned off, and much of the rest of it is used to “buy” stability, which in reality means stabilizing existing power structures, not making society more resilient.
It would seem natural, then, to fundamentally rethink the EU’s approach and consider stopping its engagement altogether. But the EU can’t just end its work and withdraw its money. With roughly a quarter of Moldova’s annual budget coming from the EU’s coffers, the short-term effects of a pullout on the country’s political stability would be catastrophic.

Furthermore, the geopolitical contest between the EU and Russia in Europe’s Eastern neighborhood allows for no withdrawal from Moldova, a country roughly split in half between pro-Russian and pro-Western sentiments. Such a step would essentially mean caving in to Moscow’s openly aggressive policies and leaving the Western-leaning part of the Moldovan population in the lurch.

The political elites in Moldova, whose record on good governance is abysmal and who have developed a strong sense of entitlement vis-à-vis the West, understand the EU’s dilemma full well. They have become rather professional at using this quandary for their own purposes.

Moldova is a country under multiple stresses. It hasn’t been very successful in building resilient statehood: a broadly shared sense of citizenship and a solid political system. Moscow has constantly interfered in the country, either directly by keeping open the question of how to deal with separatist Transnistria, or indirectly by exploiting the country’s energy scarcity, unresolved minority issues, and dependence on agricultural exports to Russia. As the room for maneuver between Russia and the EU shrinks, Moldova’s risk of disintegration is growing.

This kind of existence on the edge is nothing new for Moldovans. For centuries, their country has been an in-between territory—not big enough to be sustainable on its own, not weak enough to implode or just be left alone. As tributaries to the Ottomans, as a backwater in czarist Russia, as the weaker half of greater Romania, or as a sideshow within the Soviet Union, Moldova has always been a fringe entity.

Since gaining independence in 1991, Moldova has turned its in-between existence into something resembling a virtue. Being equally involved with the two blocs to its east and west, the country has achieved a fragile internal stability. Small-scale oligarchs have been able to use the country as the basis for their economic success without ever committing fully to either the Russian or the Western orbit.

As a consequence, Moldova managed to survive its many internal contradictions essentially by avoiding a commitment to either side. Staying “in between” became a political survival strategy.

However, as the power rivalry between Russia and the West intensifies and Moldova’s unhealthy economy shows no substantial signs of improvement, this in-between situation is becoming increasingly difficult to sustain. Both Russia’s expansionism in its old Soviet backyard and the transformative agenda of the European Neighborhood Policy—one a threat, the other an offer—are putting pressure on the political elites and society as a whole. These factors are forcing Moldova’s noncommittal society to make a choice—a choice that threatens to literally tear the country apart.

What is the alternative? From a strategic viewpoint, the EU and the United States have few options. They can’t just buy a country and turn it into a full-blown client state. That is not something the West wants or could sustain politically at home, nor is it what the situation on the ground calls for.

So the EU will slightly revamp and extend its neighborhood policy, which will continue to fail. A Western military engagement in Moldova is unthinkable, and indeed, NATO has recently ruled this out.

The only remaining hope for Moldova is that its own elites will finally get serious about reforming the country and addressing some of its simmering lethal internal threats. Most observers in Chişinău don’t believe this can happen. Such a course might have been a distant possibility under more normal circumstances during the last twenty years. But the opportunities were wasted, and now time is running out.