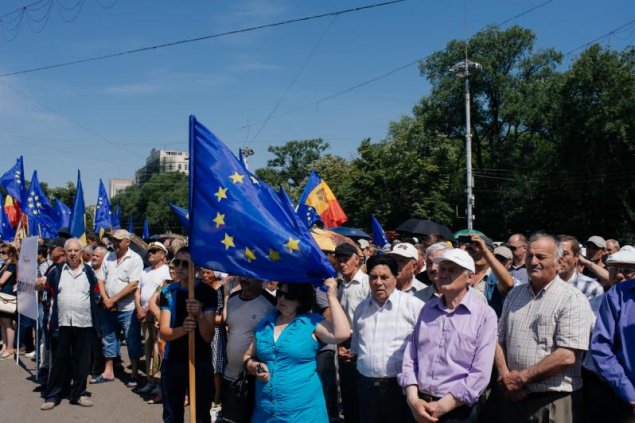 Until a few decades ago, I did not know what means the European Union.

I didn`t even know who and where I am. My leaders, for many-many years, took care to separate us so that we to not know each other. Because that would mean to have freedom of thought, experience and a high quality of life, which would not be advantageous for them. They wanted me to be easily manipulated, introverted, to whom you can tell what and how to do something.

But maybe it was our strong desire to get out of "red forces" (communists) or history decided to help us, the European Union got closer, however, to the border fence. It was 2007, the year when my neighbor country, Romania, joined the EU. As was natural, the desire to be an European accelerated. This approach gave me hope that soon I will be part from the community of equality, diversity and rights. I had a bold desire, because the EU didn’t know me, didn’t trust me. EU saw me, and still sees me, torn by corruption and self-forgetfulness, after years and years I have been at the mercy of Russia, not knowing the way I go.


EU gave me another chance. And began to conquer my "rulers" following the principle of "small steps". But EU can`t be easily conquered. EU wants actions, not words, better living conditions, no fakes, facts, not statements...

Despite these hardships, I want into the EU. I choose EU, because, otherwise, I should choose Russia. And I will prove that I can be also European, civilized and worthy to enter into this family, with all the opportunities and both the risks posed... And I have treasures, may be not natural or financial, but I have. And my treasures are good and warm people, which I lose them in the EU, but I hope that eventually I will motivate them to return home...

Me, Republic of Moldova