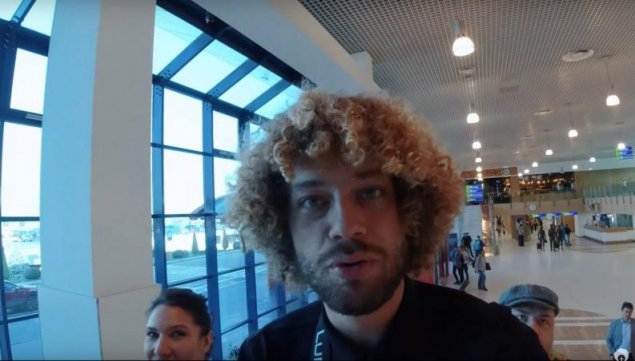 You can have a great time at the Chisinau International Airport while waiting for your transfer. This is the conclusion of the well-known Russian blogger Ilya Varlamov, who shared his impressions of a recent trip to Moldova. According to him, Chisinau Airport is an excellent example of the reconstruction of a typical Soviet building.

Having once again arrived in Moldova, Ilya Varlamov noted the positive changes that have taken place at the airport over the past few years: the addition of another runway and the complete reconstruction of the terminal building, where new restaurants, shops and comfortable recreation areas have opened. The blogger underlined that all these are the results of a large investment, recalling that the airport has moved from state ownership to private.

“This is a typical Soviet airport, which was reconstructed, and it turned out very nice. Previously, the airport was state-owned, now it has passed into private hands, and the new owner invests a huge amount of money in it,” Ilya Varlamov said, emphasizing that this could be an example for many Russian cities where airports were built after the same project.


The blogger was impressed by the living green wall with thousands plants, comfortable sofas equipped with sockets, a toilet for children and special chairs for people with disabilities.

“All the necessary services are nearby. The airport is very compact and at the same time has become stylish and modern. Please note – you can fly to Europe via Chisinau. You don’t need to be afraid of transfers, because there are great restaurants and very good recreation areas,” Varlamov said, adding that he flew via Chisinau to France several years ago, having bought low-priced tickets on New Year's Eve.

The blogger came to Moldova to talk about the prospects of wine and agritourism. He visited the Et Cetera and Castel Mimi wineries, where he tasted the best wines and dishes of national cuisine. In Chisinau, he visited the Artcor creative hub, he rode the streets on a rare motorcycle with a sidecar and walked around the central market. “I endlessly recommend Moldova to you, this is a beautiful country,” Ilya Varlamov summed up.