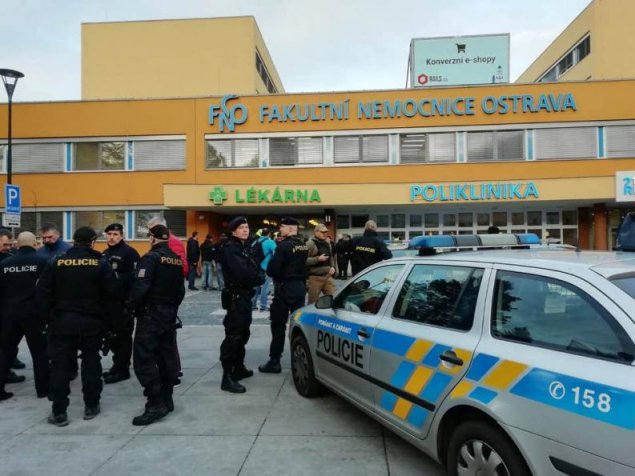 Four people have been killed in a shooting at a hospital in the Czech Republic, police have said. The attack took place in the city of Ostrava.

Police are still hunting the shooter, they said on Twitter. Two other people are seriously injured, officers said.