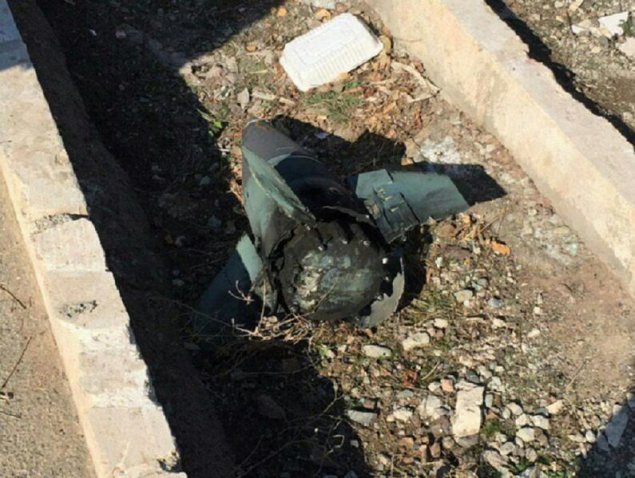 Ukrainian passenger jet probably crashed after being hit by a Russian-made Tor-M1 missile over Parand and crashed in the town of Khalaj Abad.

Ukrainian International Airlines flight PS752, en route from Tehran to Kyiv, with 176 people on board has crashed in Iran just minutes after take-off from Imam Khomeini International Airport, and officials say there is no chance of finding survivors.

A Ukrainian Boeing 737-800 went down just minutes after taking off from Tehran’s airport at 06:12 local time (02:42 GMT). Three Britons and 63 Canadians were among the 168 passengers and nine crew on board the Ukrainian International Airlines flight to Kyiv.

The OSINT experts cataloged and mapped some of the debris of the Ukrainian passenger jet and claim that some debris from Boeing 737-800 shows signs of a missile strike.

Also, Iranian social media released footage of suspicious wreckage that was founded nearly of passenger jet crash place. Suspicious wreckage found at Ukraine plane crash impact site appears to be the nose cone section and control fins of 9M331 surface-to-air missile. It is employed by the Russian-made Tor-M1 mobile air defense system and features a semi-active radar guidance system. This system currently in service of the Iranian military deployed at a military base near the crash site.

In addition, numerous amateur video appeared to capture the final moments of a Ukrainian passenger jet also testify in favor of the version of the missile attack. An amateur video, run by Iranian news agencies and purportedly of the crashing plane, showed a descending flash in a dark sky. It was accompanied by comments that the aircraft was “on fire” and then a brighter flash as it appears to hit the ground.

Iranian media blamed technical problems and quoted an aviation official who said no emergency had been declared.

In a sign of the potential difficulties facing crash investigators, the head of Iran’s civil aviation organisation was quoted as saying the Ukrainian plane’s “black boxes” – the cockpit voice recorder and the flight data recorder.

Iran’s aviation authority has said it will not hand over flight recorders from the Ukraine International Airlines Boeing 737-800, either to the aircraft’s manufacturer or U.S. aviation authorities.

#Breaking #NewsMap
I finally found the exact location of the #PS752 crash site.
The Boeing traveled more than 20 kilometres after @flightradar24 lost its track over Parand and crashed in the town of Khalaj Abad.#Iran pic.twitter.com/7ILNhGzWv6

The statement was issued on Wednesday as the leaders of Ukraine and Canada, from which dozens of citizens died, vowed to identify the cause of the crash amid contradictory statements and swirling speculation.

The Canadian prime minister, Justin Trudeau, said: “Our government will continue to work closely with its international partners to ensure that … [the crash] is thoroughly investigated, and that Canadians’ questions are answered.”

* If you wish to report grammatical or factual errors within our news articles, you can let us know by using the online feedback form.