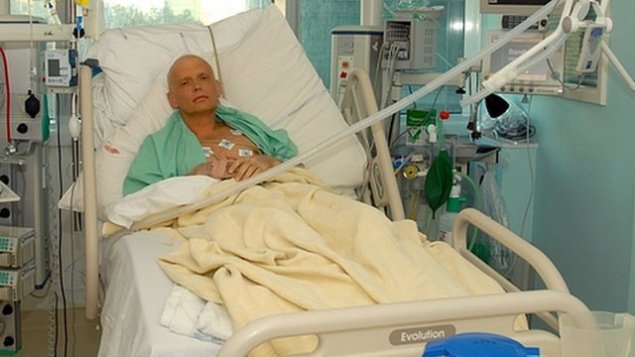 Two prior attempts to kill ex-Russian spy Alexander Litvinenko may have been made before he died from radiation poisoning in 2006, the BBC has learned.

The one-time officer with the successor to the KGB fled to the UK where he became a fierce critic of the Kremlin and worked for security service MI6.

A public inquiry into the London death of the 43-year-old opens on Tuesday.


Mr Litvinenko's widow says the inquiry will give people "a chance to understand who killed my husband".

Marina Litvinenko says he blamed the Kremlin as he lay dying in hospital but Russia denies any involvement.

Her lawyer has described his murder as "an act of state-sponsored nuclear terrorism on the streets of London".

BBC security correspondent Gordon Corera said investigators followed a radioactive trail across London and it suggested Mr Litvinenko was poisoned not on the first attempt, but on the third.

'Right decision'
The judge-led inquiry will be chaired by Sir Robert Owen, who was originally appointed as the coroner at Mr Litvinenko's inquest.

Sir Robert delayed the inquest and called for a public inquiry because the inquest could not consider sensitive evidence due to national security fears. The UK government resisted the move at first but later changed its stance last July, amid worsening relations with Moscow over the crisis in Ukraine.

The death of Mr Litvinenko, who took British citizenship after his arrival in the UK, had already led to a clouding of relations between London and Moscow, with expulsions of diplomats from the embassies of both countries.

He died three weeks after becoming violently ill in November 2006 following a meeting with two former Russian agents at the Millennium Hotel in central London.

UK police say radioactive polonium-210 was administered in a cup of tea, and identified two suspects in the case - Andrei Lugovoi and Dmitry Kovtun. But the two Russians have disputed their claims.

The issue of who was ultimately responsible for the death will be considered at the inquiry at the Royal Courts of Justice.

Parts of the evidence will be heard in private, and Sir Robert says it is "inevitable" that some of his final report will stay secret for security reasons.

Mrs Litvinenko told the BBC she had accepted this and trusted Sir Robert to "make the right decision".
bbc.com