For the first time in decades, the U.S. is no longer the largest... 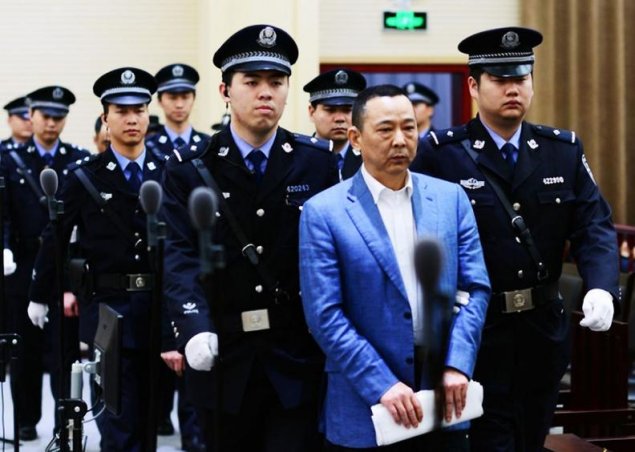 Liu Han, the former chairman of Sichuan Hanlong Group, was executed today after his conviction for running a billion dollar mafia empire involved in murder and extortion, a court in eastern Hubei province said.

Liu Han’s younger brother, Liu Wei, was also executed along with three others involved in the case, after the condemned prisoners met with their families, Xianning Intermediate People’s Court said on its official Weibo social media account.

The trial of Liu was one of the most high-profile prosecutions in President Xi Jinping’s two-year anti-graft campaign designed to bolster his power and the reputation of the ruling Communist Party. Liu was one of the richest 500 people in China with a fortune of $650 million, according to a wealth ranking published in September by the Shanghai-based Hurun Report.


He has also been tied in media reports to Zhou Bin, the son of China’s disgraced former security chief Zhou Yongkang. Liu paid Zhou Bin 12 million yuan ($1.92 million) for an Aba, Sichuan-based tourism company, more than double its worth, to maintain a relationship with him, the South China Morning Post reported, citing unidentified people.

Liu was among 36 people convicted in April last year after a 17-day trial on crimes including creating, leading and joining Mafia-like organizations, and intentionally injuring others, according to the court. Others received punishments ranging from three years to life.