A Stalemate Ukraine Can Win

The crowing began before the battle of Debaltseve had even...

Document suggests ceasefire from Feb 14 may be in Ukraine deal 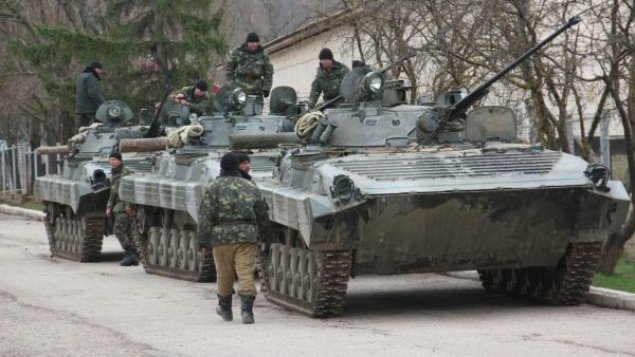 A document seen by Reuters at talks on the Ukraine crisis suggested the sides may agree to end fighting in eastern Ukraine with a ceasefire starting on Feb. 14, the withdrawal of heavy weapons and the creation of a security zone.

It was unclear whether the English-language document, found in the palace where talks between the leaders of France, Germany, Ukraine and Russia were taking place, was a final agreement, a discussion document or a draft agreement.

It was entitled: "A package of measures for the implementation of the Minsk agreements" and dated 5:30 a.m. on Feb. 12. It detailed 13 points for the agreement.


The leaders have been talking through the night to try to find an agreement to end fighting between pro-Russian rebels and Ukrainian troops in eastern Ukraine, in a conflict which has killed more than 5,000 people.

The document also called for Ukraine to take full control of its border with Russia by the end of 2015 and the withdrawal and disarmament of foreign arms, troops and all "illegal groups" in eastern Ukraine.

It also said by the end of 2015, there should be constitutional reform in Ukraine, which would include the decentralisation of the rebel-held Donetsk and Luhansk regions and that Ukraine would resume economic ties with its east.