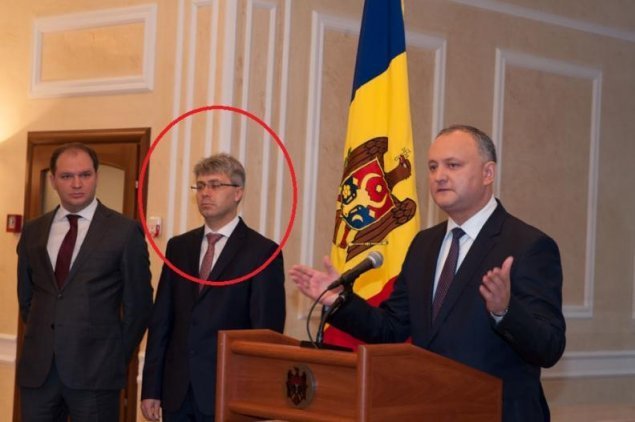 The appointment of Ruslan Flocea as new head of the National Anti-corruption Centre, CNA, sees another former adviser to the Pro-Russian President taking a top job in the Moldovan state.

Moldova on Monday selected the Secretary-General of the Presidency, Ruslan Flocea, as the new head of the National Anti-corruption Centre, CNA.

The Commission for the Judiciary, Appointments and Immunities of the Moldovan Parliament held a contest for the post of CNA head after having extended the deadline for the submission of files on candidates by one week.

Nine candidates were admitted to the competition for the job, which is seen as essential for reforming the judicial system, as the new government under Maia Sandu has promised to do.

However, the new appointment sees another another former adviser of pro-Russian President Igor Dodon taking a top position in the state.

In mid-June, his military adviser, Pavel Voicu, took the post of Defence Minister, while his former security adviser, Artur Gumeniuc, on June 25 became deputy head of the Moldovan Information and Security Service.

The new CNA director was Secretary-General of the Presidential Administration from December 26, 2016. According to his CV, he worked before in the CNA between 2012 and 2016 as head of the Central Territorial Directorate and as head of the Special Investigations Section.

Previously, under the former Communist-led government, he was investigated corruption-related crimes.

According to Flocea, his priority will be “to apply an equal treatment, without exceptions … to all those who break the law”.

He insisted also that he will pursue the de-politicization of the CNA to ensure its independence, the consolidation of its prosecutorial team and improve the overall framework for its functioning.

Moldova is one of the corrupt countries in Europe.In an notorious case, one billion US dollars was stolen from the banking system between 2012 and 2014, and over 20 US billion US dollars were laundered through the country over a number of years in a complex operation called “the Russian Laundromat”.

The country is also a swing state between East and West, politically torn between pro-EU and pro-Russian forces.

The new government under Sandu, which took office in June after the fall of the Democratic Party-led regime, has attempted to ease that struggle by uniting pro-EU and pro-Moscow elements.