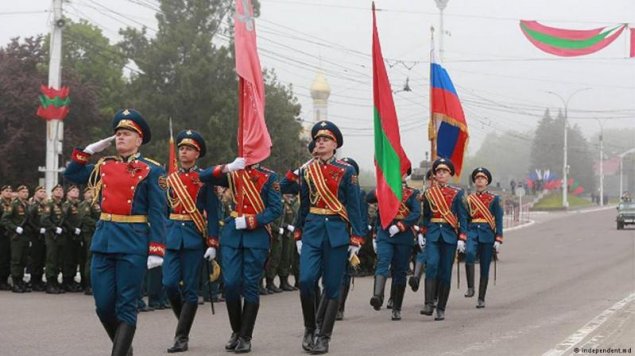 The European Court of Human Rights, ECHR, on Thursday ruled that Russia has violated human rights and the right to freedom and security in the breakaway Moldovan region of Transnistria, which it has de facto controlled since it broke away from Moldova in 1992.

The ruling relates to the arrest of a young man by the Transnistrian secret services in 2010 and his subsequent jailing for espionage.

Ilie Cazac, then 25, was detained on March 19, 2010 and accused of “high treason and espionage on behalf of Moldova”. Cazac was then working for the tax Inspectorate in Tighina, a town in Transnistria.

In June that year, his parents went on a protest hunger strike in front of the Russian embassy in the Moldovan capital, Chisinau, accusing the Russian authorities of bearing ultimate responsibility.

Stela Solticean, his mother, said on camera at the time that the men who had arrested her son were “Russian citizens who have to assume responsibility in his case”.

Cazac’s father claimed that the Transnistrian secret service officer who interrogated his son was also a Russian citizen.

His parents had no access to their son before his sentencing on February 9, 2011, when, after a closed-door trial, and after being deprived of the right to a lawyer or a meeting with relatives, he was given a 14-year prison sentence.

The parents, lawyers from the Promo-LEX Association and several international organisations took up the case and campaigned for his release, which occurred on October 31, 2011, when the then leader of the separatist region, Igor Smirnov, officially pardoned him.

The Strasbourg court fined Russia 42,000 euros in moral damages and awarded the plaintiffs 4,000 euros in costs and expenses for their legal representation.

Over the past years, the Transnistria intelligence agency has carried out several abductions, some of them even in Chisinau, with the apparent complicity of the Moldovan authorities, an investigative story by the media outlet RISE Moldova claimed.

The breakaway region declared “independence after a brief war in 1992 and numerous attempts to bring about its reunion with Moldova since then have failed to achieve anything substantial.