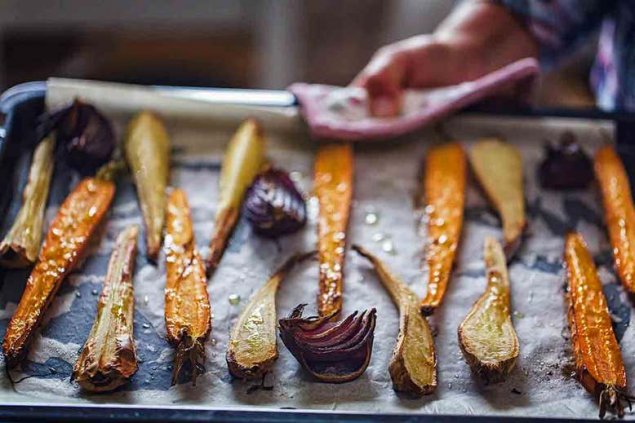 “I think people were eating a very balanced diet, a combination of carbohydrates and proteins,” says team leader Lyn Wadley of the University of the Witwatersrand in South Africa.

In 2016, her team found dozens of bits of charcoal in an ash layer in the Border cave in South Africa. This ash layer is what is left from the fires of early people.

By studying the charred remains of hundreds of modern plants under a microscope over the following years, the team were finally able to identify the charcoal fragments as being the rhizomes – subterranean stems – of a plant from the genus Hypoxis.

Seeds of root vegetables and other plants have found at an 800,000-year-old site in Israel where early humans lived, but Wadley’s find is the earliest clear evidence of roasting.

The rhizomes of Hypoxis plants can be as rich in carbohydrates as potatoes, although they taste more like a yam, says Wadley. They are still eaten today, though they have become rare due to overexploitation.

The abundance of the rhizome fragments suggests that roasted root vegetables were a common part of the diet, contrary to the popular notion that early humans ate a lot of meat. Most versions of the paleo diet, which is supposedly based on what our ancestors’ ate, advise people to avoid potatoes as well as grains.

Our ideas about what early people ate may be skewed by the fact that plant remains are less likely to survive than butchered animal bones – and that researchers seldom look for them. “Many archaeologists are not interested in botanical remains,” says Wadley.

While one species of Hypoxis is commonly called the African potato (Hypoxis hemerocallidea), the yellow rhizomes of this plant are bitter, and it is used for medical purposes rather than as food. The Border cave people were probably eating a species with rhizomes with white flesh, such as Hypoxis angustifoli, which is far more palatable.