European Union supports key reforms in the Republic of Moldova 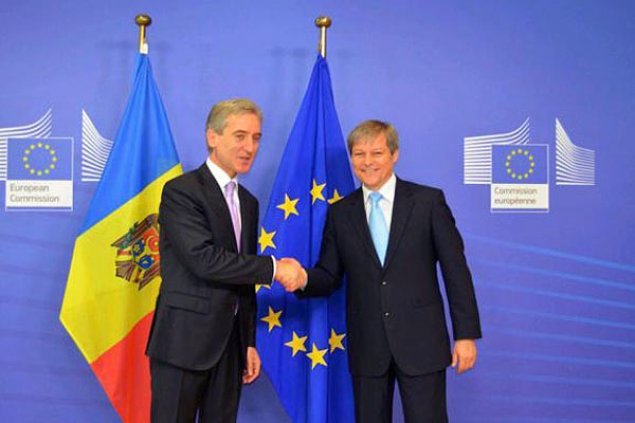 The European Commission has announced a new annual support package for the Republic of Moldova to help public institutions, citizens and the business community to seize the benefits and opportunities of the Association Agreement and the Deep and Comprehensive Free Trade Area with the EU (AA/DCFTA).

Štefan Füle, Commissioner for Enlargement and European Neighbourhood Policy, stated: "The Association Agreement is a milestone in our Eastern Partnership policy and in our relationship with the Republic of Moldova. It is based on shared fundamental values and will open new possibilities for closer political relations and stronger economic ties. Moldova has our full support in this significant and historical process."

The fresh EU funding for the Republic of Moldova is designed to support the modernisation of key public institutions implementing the AA/DCFTA, improvement of public finance policy and management, competitiveness of rural business and trade opportunities with the EU and protection of minorities and vulnerable groups.


The programme will contribute to further political association and economic integration with the EU under the Eastern Partnership initiative. It is a first package of bilateral assistance granted to the Republic of Moldova under the Single Support Framework, which sets out strategic objectives and priorities for future EU-Moldova cooperation in 2014-2017.

The Eastern Partnership is the main policy framework for EU-Moldova relations. It represents the Eastern dimension of the European Neighbourhood Policy and aims to bring the Republic of Moldova closer to the European Union. The EU-Moldova Association Agreement, including the Deep and Comprehensive Free Trade Area, has been signed on 27 June.

The Single Support Framework (SSF) for EU support to the Republic of Moldova in 2014-2017 was adopted on 11 June 2014. It is a programming document which will chart EU support to the country in the next four years. The SSF has been consulted with national authorities, civil society, EU institutions and EU Member States.

Support to Public Finance Policy Reforms in Moldova (€37 million): to assist the Ministry of Finance, the Parliament and the Supreme Audit Institution of Moldova in the process of enhancing good governance, effective fiscal policy, transparent and accountable public finance policy and strengthened public financial management systems.

European Neighbourhood Programme for Agriculture and Rural Development (ENPARD) Moldova – Support to Agriculture and Rural Development (€64 million): to enhance rural development through improved policy dialogue, governance and service delivery meeting the needs of private farmers while increasing the competitiveness of the agriculture sector. Part of the second action will be dedicated to further intensify the dialogue between central and regional authorities (such as Gagauzia).

On 2 May 2014, the European Commission had already approved a support programme in favour of the Republic of Moldova (€30 million) targeting competitiveness of small business, development of national legislation in line with EU quality standards and promotion of export and investment opportunities, communication and information campaigns on the DCFTA trade agreement with the EU.

This additional support has been granted through the 'More for More' mechanism of the new European Neighbourhood Instrument.