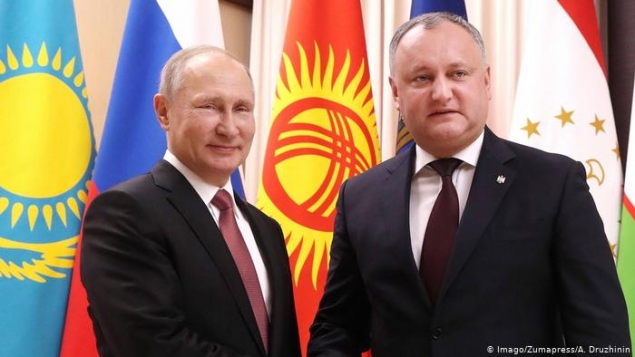 Moldova’s Constitutional Court and the rule of law in the country have become a political battleground for Moldovan politicians ever since the former Socialist President, Igor Dodon, lost his bid for a second presidential term and returned to being leader of the pro-Russian Socialist Party, PSRM.

On Wednesday, the Court ruled that the state of emergency introduced by the parliament dominated by Dodon’s Socialists on April 1 was illegal.

Just an hour after the court ruling, Sandu signed the decree dissolving parliament and announcing early elections on July 11.

Dodon sounded defiant. “If you want elections, we are going to have elections!” he said. “We are ready to face this political challenge and to show that the Socialist electorate is trustworthy, morally strong and understands very well who and what it represents in domestic and foreign policy,” he added.
He also accused Sandu of dismissing the parliament “on the orders of her Western coordinators”.

“Sandu and her political satellites are launching the country into an election campaign right at the height of a pandemic,” he argued.

However, official statistics show that the number of COVID infections is falling fast. Moldova also received recently hundreds of thousands of doses of the AstraZeneca, Sinopharm and Sputnik V vaccines, and the national vaccination rollout is accelerating.

The recent wave of attacks and pressures on the Constitutional Court started on April 23, when Dodon ordered his parliamentary majority to unleash a political “blitz” on the court, accusing it of politicization.