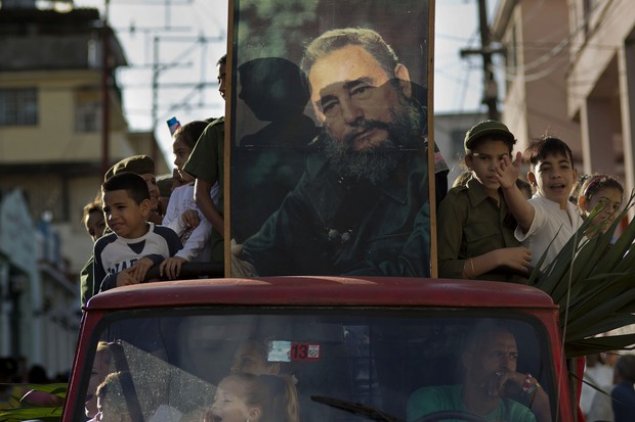 Fidel Castro lent his support to a thaw in U.S.-Cuban relations, the first public comments by the former president since the agreement was reached last month, according to a letter published in state media.

“We will always defend the cooperation and friendship with all peoples of the world, including our political opponents,” Castro, 88, wrote in a letter published Monday in state-run Granma. “The Cuban president has taken the appropriate steps according to his prerogatives and the powers granted by the National Assembly and the Communist Party of Cuba.”

The letter, addressed to the Federation of University Students on the 70th anniversary of his admission to the University of Havana, was published more than a month after Presidents Raul Castro and Barack Obama announced they would seek to restore diplomatic relations after more than five decades.


Cuban and U.S. diplomats ended two-days of meetings on diplomatic ties, migration and other issues in Havana last week.

While he acknowledged the Cuba-U.S. deal, Fidel raised questions about U.S. motives.

“I do not trust the policy of the United States nor have I exchanged a word with them,” he wrote. “This does not mean, however, that I would oppose a peaceful solution to conflicts or threats of war.”