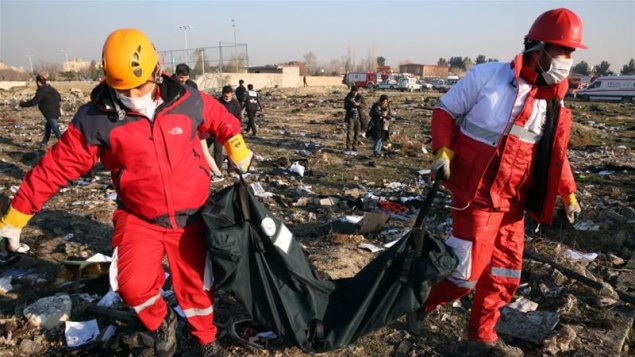 
Iran announced on Saturday that its military "unintentionally" shot down a Ukrainian jetliner, killing all 176 people on board.

The jetliner, a Boeing 737-800 operated by Ukraine International Airlines, went down on the outskirts of Tehran during takeoff on Wednesday, January 8, just hours after Iran launched a barrage of missiles at US forces in Iraq.

The plane, en route to the Ukrainian capital of Kyiv, was carrying 167 passengers and nine crew members from several countries, including 82 Iranians, 57 Canadians and 11 Ukrainians, when it was shot down.

In a statement posted on social media, Iranian President Hassan Rouhani wrote that the country "deeply regrets this disastrous mistake".

Earlier, Britain and Canada said they had received information suggesting the doomed Flight PS752 with 167 passengers and nine crew - many of them Iranians with dual nationalities - was hit by an Iranian missile.

All 298 people on board the Boeing 777 are killed, including 193 Dutch nationals.

The Kyiv authorities and separatist pro-Russian rebels, who are battling for control of eastern Ukraine, accuse each other of firing the missile that hit the flight.

In 2019, Dutch prosecutors named four suspects in the attack, including three former members of the Russian armed forces. 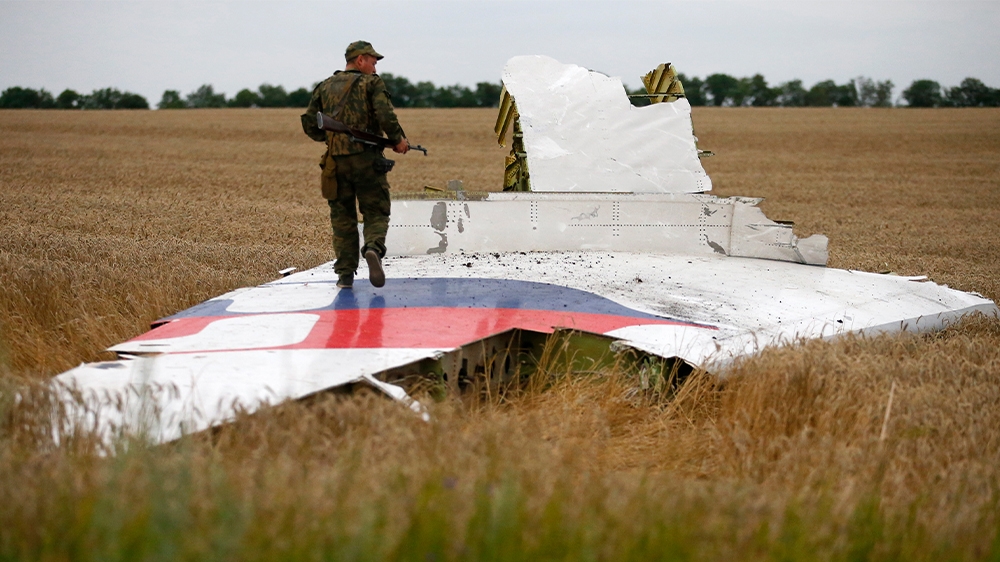 On July 17, 2014, a Malaysian airliner was brought down over eastern Ukraine, killing all 298 people on board [File: Maxim Zmeyev/Reuters]

March 23, 2007: An Ilyushin II-76 cargo aircraft belonging to a Belarusian airline is shot down by a rocket shortly after takeoff from the Somalian capital, Mogadishu, killing 11 people.

The plane was transporting Belarusian engineers and technicians who had travelled to the country to repair another plane hit by a missile two weeks earlier.
The crash happened less than 300 kilometres (186 miles) from the Crimean coast.

A week later Kyiv admitted that the disaster was due to the accidental firing of a Ukrainian missile.

July 3, 1988: An Airbus A-300 belonging to Iran Air, flying from Bandar Abbas in Iran to Dubai in the United Arab Emirates, was shot down in Iran's territorial waters in the Persian Gulf shortly after takeoff by two missiles fired from a frigate, USS Vincennes, patrolling the Strait of Hormuz, apparently mistaking it for a fighter aircraft.

The 290 passengers on board were killed, including 66 children. 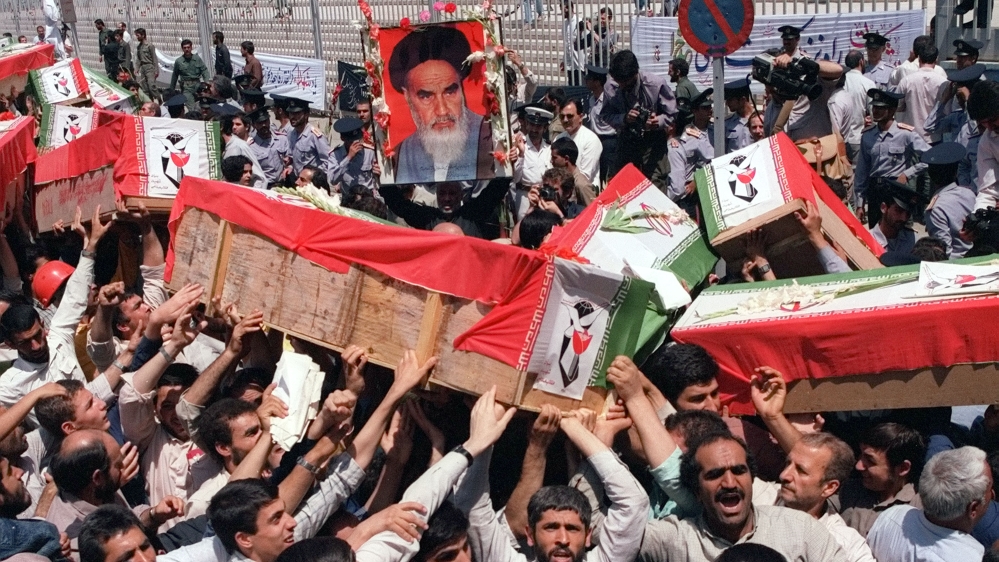 Mourners carry coffins through the streets of Tehran during a mass funeral after the warship USS Vincennes shot down Iran Air Flight 655 over the Gulf, killing all 290 people on board [File AP]


The United States paid Iran $101.8m in compensation for the victims following a settlement at the International Court of Justice.

As part of the agreement, the US did not admit legal liability or formally apologise to Iran for the tragedy.

The US later awarded the captain of USS Vincennes, Will C Rogers, the Legion of Merit for his service as a commander.

Sakhalin, Russia: 269 killed
September 1, 1983: A South Korean Boeing 747 of Korean Air was shot down by Soviet fighter jets over the island of Sakhalin, after veering off course.
Some 269 passengers and crew members were killed.
Soviet officials acknowledged five days later that they had shot down the South Korean plane.

February 21, 1973: A Libyan Arab Airline Boeing 727 flying from Tripoli to Cairo was shot down by Israeli fighter jets over the Sinai desert.
All but four of the 112 people on board were killed.
The Israeli Air Force intervened after the Boeing flew over military facilities in the Sinai, then occupied by Israel.
The Israeli authorities said fighters opened fire when the plane refused to land.