Irina Vlah calls on her opponents to cooperate 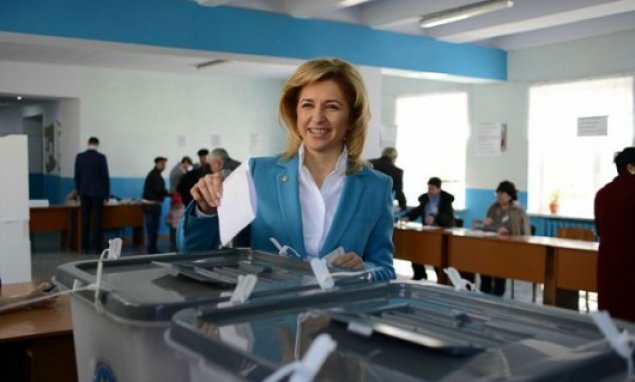 Irina Vlah, who won the largest number of votes in the March 22 Governor elections in Gagauzia, called upon her opponents to cooperate. In a news conference on March 23, she said that she will have a meeting with her former rivals in the near future so as to discuss the problems faced by the region with them.

“I want Gagauzia and all the political forces to be strengthened. I want all the electoral struggles to come to an end and I will make every effort in this respect. I’m sure that I will find an answer, support and understand because we have serious plans that are designed to change life in Gagauzia,” said Irina Vlah.

She also said that the post of Bashkan is a great responsibility and she will now have to work three times more. “I want to assure the people who voted for my opponents that we will work and will cooperate with all the residents of the autonomous unit. I will be the Bashkan of all the inhabitants of Gagauzia. We have many plans and many tasks and we must fulfill all the obligations we undertook in the election campaign,” stated Irina Vlah.


Asked who will form part of the new executive and what changes will be made, she said that changed will be evidently made, but didn’t provide more details.

The Bashkan of Gagauzia was elected by the first round of voting. According to the preliminary data of the Comrat Election Commission, Irina Vlah polled 32,543 votes or 51.01% of the vote. She ran independently, but in the election campaign was supported by the Party of Socialists.