Leanca about BEM: Salaries, pensions, deposits and all the other benefits are safe 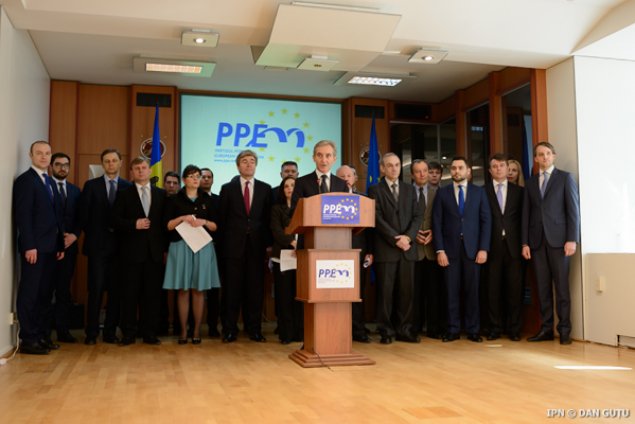 Former Prime Minister Iurie Leanca on March 23 launched the European People’s Party of Moldova. The politician said that after the betrayal of the November 30 pro-European vote, the political right remained with a void that he intends to fill together with his team.

“Today we have a group of interests with no prospects in power. It is for the first time in the last five years that the words related to Moldova’s European perspective disappear from the speeches of the European officials as these are no longer ready to tolerate such a situation. Moldova is now ruled by the Communists, even if the elections were won by the pro-European parties,” stated Iurie Leanca.


Former Deputy Prime Minister for Reintegration Eugen Carpov said that he hadn’t been a party member, but now decided to join the team of the European People’s Party of Moldova. He analyzed the politic class and realized that the pro-European voters were betrayed and that all the promises were made only in order to attract votes. “Today it is the Communists who dictate the rules of the game. In such conditions, we could not remain technocratic and unaffiliated. We have a leader who enjoys the people’s confidence. Moldova deserves a better future and cannot remain the poorest state in Europe,” he stated.