British Prime Minister David Cameron has no plans to attend a...

Moscow’s involvement in conflict has been so intense and on... 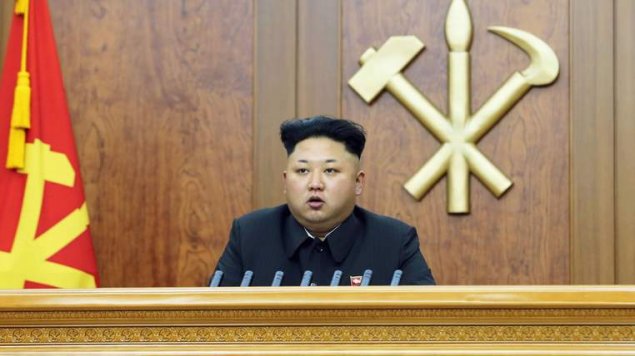 US President Barack Obama is invited to join Vladimir Putin and the North Korean dictator at ceremonies in Moscow.

Kim Jong-Un has accepted an invitation from Russia to make his first foreign trip since coming to power in 2011.

The North Korean dictator has agreed to attend ceremonies in May marking the 70th anniversary of the Soviet Union's victory over Nazi Germany.


Mr Kim is among several foreign leaders who have confirmed their attendance.

Dmitry Peskov, a spokesman for President Vladimir Putin said: "The participation of the North Korean leader has been confirmed, we are preparing for his arrival."
In September last year, Kim failed to make any public appearances, leading to speculation about his health. It is thought the Swiss-educated leader last left his country when he reportedly accompanied his father Kim Jong-Il on a visit to China in 2010.

Relations with Beijing have soured recently, with China's President Xi Jinping making his first visit to the Korean peninsula to the capitalist South last year.

Sky's Asia Correspondent Mark Stone said: "It's an uncomfortable irony that Kim Jong-Un will be attending a ceremony to mark the end of the Nazis at a time when his regime is being accused by the UN of crimes directly comparable to the Nazis' crimes.

"I imagine many world leaders will be uncomfortable appearing alongside him but some may be keen to grasp the rare opportunity to actually meet the man and perhaps speak to him, understand how he ticks for the first time."

Meanwhile, Russia is looking to expand its economic ties with Pyongyang - eyeing a project worth some £16.5m ($25m) to overhaul the country's railway network in return for access to mineral resources.

Barack Obama was invited to the Moscow commemorations, but declined the chance to appear at the event alongside Mr Kim and Russian President Vladimir Putin.

David Cameron has also been invited, but the general election is two days before the event.

Latvia's foreign minister Edgars Rinkevics earlier this month asked all EU leaders to make a collective decision on whether to go in the wake of Russia's involvement in the Ukraine crisis.

The US and North Korea have been involved in a tit-for-tat diplomatic spat over the film The Interview and hacking of Sony Pictures, while Russian aggression in Ukraine has seen relations with Washington sink to levels not seen since the Cold War.