Marian Lupu: PDM-PLDM alliance will not be modified 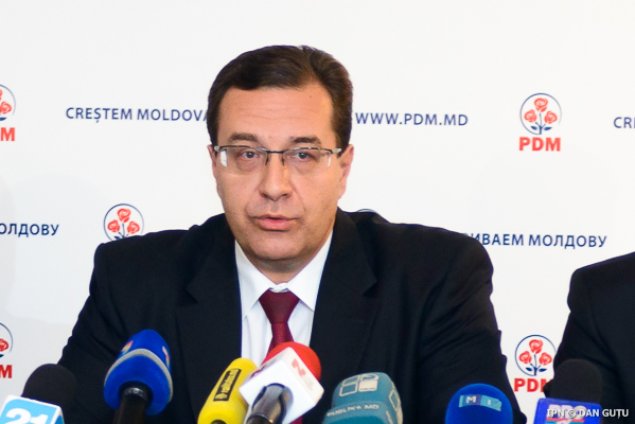 The chairman of the Democratic Party (PDM) Marian Lupu rules out the possibility that the newly formed government coalition will be reformed so as to include the Liberal Party (PL) in governance. He made such statements in the talk show “Fourth power” on N4 TV channel, IPN reports.

According to the Democratic leader, the ruling alliance wasn’t formed for being modified shortly afterward.” Mihai Ghimpu had two months at his disposal to think and take a decision. He said we will either give him what he asks or he will think what’s better for him – to be in power or in the opposition. The Liberal Party didn’t want to assume responsibility for governance in a very difficult period for the country,” he said.


Marian Lupu also said that the PL didn’t really want the prosecution service to be depoliticized. “He imposed conditions only as regards the prosecutor general. He didn’t speak about the vice prosecutors general one of whom was to be nominated by the PL. We suggested depoliticizing the whole system. I think Ghimpu wanted Corneliu Gurin to be removed from the post of prosecutor general first so that they took over the institution then,” he stated.

He accused the PL of openly promoting unionism and the liquidation of statehood. “They asked for particular posts in order to promote their anti-state policy. I note that I respect the position of the Romanian state, which didn’t make allusions as regards the liquidation of the Moldovan state. As to the post of minister of transport, Mihai Ghimpu simply promised this post to an active member of the PL,” he stated.

Speaking about the discussions they had with the PCRM, Lupu said the Communists had a civilized and correct behavior, but they formed no undeclared alliance with this party and the Communists will not take part in governance. As regards the candidacy of Iurie Leanca for premiership, Marian Lupu said the PDM will vote any candidate proposed by their alliance colleagues.