The first woman to be Romania’s prosecutor general, Laura... 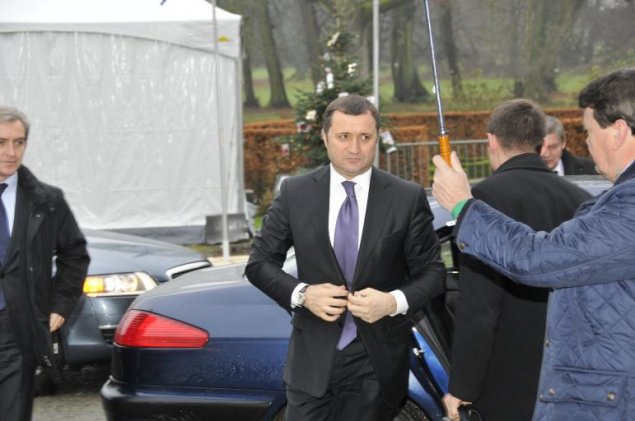 After the war broke out in Eastern Ukraine, many observers in Europe held the EU at least partly responsible. Political realists in the West, led by Henri Kissinger and John Mearsheimer, have put at least a part of the blame for Russia`s belligerence on the West.

They argued, that Washington and Brussels should have consulted more with Russia about its plans for expansion, including EU`s 2009 Eastern Partnership program.

The “issues paper” prepared by the EU foreign policy apparatus in January also suggested establishing “a level of engagement” with Russia-led Eurasian Economic Union. Despite a rebuke from both the US and European policy buffs, such statements created a general feeling that the Western policymakers are considering a degree of shared influence over the Eastern Partnership countries - Armenia, Azerbaijan, Belarus, Georgia, Moldova, and Ukraine - with Russia. The European leaders might not see it as a best-case scenario, but as a probable outcome of the current tensions.


Moldova is the archetype of what a “shared” space could look like. And it is neither happy nor stable.

For many years, Moldova oscillated in its political choices. But in the mid-2000’s, the President and Communist Party leader Vladimir Voronin started to turn more decidedly towards the West. This choice became clearer in July 2009, with the formation of the Alliance for European Integration. In May 2013, when the governing coalition fell apart, the Pro-European Coalition was voted into office. In June 2014, Moldova signed an Association Agreement with the EU. One would have thought that the decision to approach Europe was final.

But declarations and signatures aside, the oligarchs leading the Pro-European Coalition seem eminently comfortable in the grey zone between Russia and the EU.

“[MP Vladimir] Plahotniuc, [ex-PM Vlad] Filat and others - our oligarchs who are running the country, say they are pro-European. But they don’t want Moldova to be fully ruled by European standards. They carefully follow what’s going on in Romania, our closest neighbour, and they see that former high officials are on trial for corruption [there]. Even the current Prime Minister of Romania, Victor Ponta, was indicted in mid-September. [This can happen] in Bucharest, because the Prosecutor’s Office is now independent and hardworking. In Chisinau, the judicial system is under the control of Vlad Plahotniuc”, says Igor Boţan, a well-known Moldovan political analyst and civil activist.

The firm grip that the oligarchs have on justice system extends the National Bank. Earlier this year, the government allowed the National Bank to cover up the theft of 1 billion USD – a staggering 12 percent of Moldova’s annual GDP - under the carpet. The amount disappeared from Moldova`s three major banks in a series of murky loans made last May. The sum had to be reimbursed from the state coffers to prevent the collapse of the banking system. To date, no one has been prosecuted. Media investigations, like the one published by the Organized Crime and Corruption Reporting Project in 2014, suggest the national banking system has been shaped in the last two decades to launder dirty Russian money.

Moldovans are angry. In an opinion poll fielded by the Center for Sociological Investigations CBS-AXA in mid-September, 87% said the country is going in the wrong direction. “I never saw that in my career,” says Arcadie Barbăroşie, a political analyst and director of the Institute for Public Policy (IPP). Barbăroşie thinks that while the rejection of the political class nearly universal, Moldovans still support the pro-European path. He argues that the field is clear for a new political force.

Indeed, up to 50 thousand gathered in the center of Chisinau on September 6 responding to the call of the civic platform “Dignity and Truth” (“Demnitate şi Adevăr”, now known as DA). They called for the resignation of President Nicolae Timofta and for early general elections, their main slogan was “Let’s bring the country back to the people!” A plethora of tents emerged in front of the government office and demonstrations were held every Sunday. Eventually, the crowd dwindled, partly due to lack of money to sustain the protests and partly because no vocal leaders emerged from the spontaneous protest.

“The irresponsible governance of our political leaders made a pro-EU success story a failure... Now only about 30 percent of the population are pro-EU, while 75 percent were five years ago,” says Igor Boţan, one of the DA founders.

The banking scandal shook Moldova`s politics to the core, but for now confusion and disappointment for the population have been its only outcomes. In Chisinau, Western diplomats are trying hard to keep the Pro-European Coalition alive. They ask for the prosecution of those responsible for the banking scandals. The IMF and EU suspended new loans and financial support until the government cleans up its act.

But the government is ignoring both the street protestors’ and the Western diplomats’ demands. The oligarchs have their own, compelling reasons for resisting the European pull. Transparency demanded by the Western actors is fundamentally at odds with the opaque deals characteristic for the shared space of interlinked economic and political interests with Russia.

Mr. Platonhiuc who generated part of his wealth in Romania, is considered the most influential man in Moldovan politics. For him, following the European advice means exposing the murky deals between the Moldovan and Russian politicians/businessmen. This would create trouble at home, and risk destabilizing the governing coalition, which balances the interests of Mr. Platonhiuc’s Democratic Party of Moldova (PDM) with those of Vlad Filat’s Liberal Democratic Party of Moldova (PDLM) precariously. The two parties are natural allies in their pro-EU aspirations, but the two leaders compete bitterly for leadership.

“This mess could end with the pro-Russian forces coming to the government,” Barbăroşie says. On September 27, Igor Dodon`s Socialists and Renato Usatii’s Our Party - two parties widely seen as pro-Russian – set their tents just 300 meters away from those of DA. With an estimated 15 to 20 thousand protesters under their red and blue banners, the two parties tried to wrestle the initiative from DA.

“Dodon and Usatii are just followers in this protest,” says an adviser of an influential member of the parliament from the governing coalition, who asked to remain anonymous due to sensitivity of his position. He says the two “can potentially become big beneficiaries of [the popular] anger,” but argues their action is a show of strength rather than a grab for power – at least for now. He also says that while Mr. Dodon and Mr. Usatii are protesting against Plahotniuc`s influence, by dissipating the protest momentum of DA, they seem to be playing into the oligarch’s hands.

“One thing is sure,” says the anonymous advisor, “We will stay in the swamp between Russia and EU for a long time.”

Régis Genté is based in Tbilisi, Georgia. He has been covering politics in the post-Soviet space for Radio France Internationale (RFI) and Le Figaro since 2002.