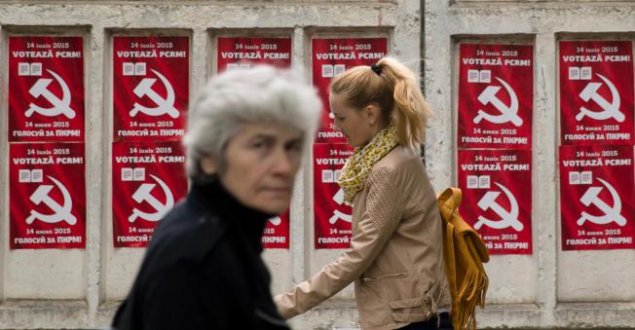 Moldovans voted in local elections Sunday which are seen as a test of whether the country is committed to European integration or will move closer to Russia's orbit.

The elections in the former Soviet republic come two days after pro-European Prime Minister Chiril Gaburici resigned amid questions about the authenticity of his high school diploma and university degree.

In the mayoral race in the capital, Chisinau, early results with about a fifth of the votes counted showed Zinaida Greceanai, the candidate of the pro-Russian Socialists, leading with 41 percent while Dorin Chirtoaca, the pro-European mayor since 2007, had 34 percent.


Turnout was just under 49 percent, less than the number of people who voted in the 2011 local elections. Early returns were announced late Sunday, with near-final results expected Monday.

About 2.8 million voters were eligible to choose mayors and local councils. A runoff is slated for June 28 in cases where no candidate secures more than 50 percent of the vote.

Gaburici, a businessman who headed a minority government, had criticized a probe into the disappearance of $1.5 billion from three Moldovan banks before the November parliamentary elections.

Analysts say anger over the missing money may be reflected in the local elections, giving a boost to pro-Moscow parties against their pro-European rivals.

Moldova signed an association agreement with the European Union in 2014, angering Russia which then placed an embargo on imports of some fruits and vegetables from Moldova.