Moscow’s involvement in conflict has been so intense and on...

Moscow analyst: Putin’s ‘greatest task’ is to become a new Stalin and divide world with West

On the 62nd anniversary of his death today, Stalin continues to...

Moscow analyst: Western leaders have no doubts about the war being orchestrated by Putin to punish Ukraine

Vladimir Putin has ever fewer resources to prosecute his war in...

US President Barack Obama is invited to join Vladimir Putin and the... 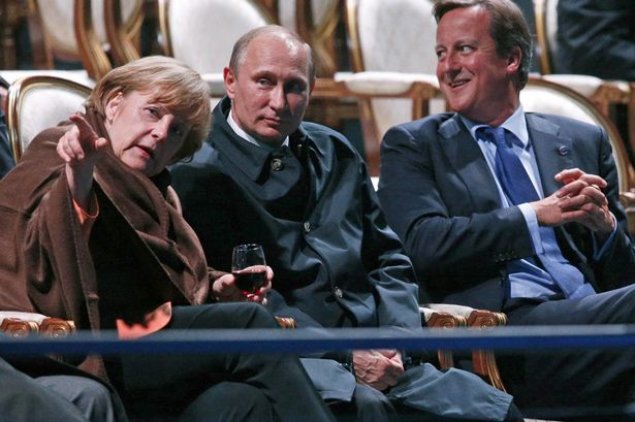 British Prime Minister David Cameron has no plans to attend a ceremony in Moscow on May 9 to mark the 70th anniversary of the end of World War Two, his official spokeswoman said on Thursday, citing diplomatic concerns.

Tensions over the separatist crisis in Ukraine have chilled diplomatic relations between London and Moscow, and earlier this week Foreign Secretary Philip Hammond said Russia could pose the greatest threat to British national security. [ID:nL5N0WC1S4]

"We will be considering our representation (at the Moscow ceremony) in light of our ongoing discussion with Russia, our concerns about their activities, so I don't think we have plans for the prime minister to attend," the spokeswoman told reporters.


The Second World War commemoration in Moscow is scheduled two days after a close national election in Britain, making it unlikely that Cameron would have been able to attend even if relations were warmer.

The European Union and United States accuse Russia of arming separatists in eastern Ukraine and reinforcing their ranks with troops. Moscow has repeatedly denied this and accuses the United States of pushing the pro-Western government in Kiev to war.

On Wednesday, German Chancellor Angela Merkel said the developments in Ukraine meant it would be impossible for her to take part in the World War Two ceremony.

It was not immediately known if any of the other main World War Two allied powers, including the United States and France, would attend the ceremony.