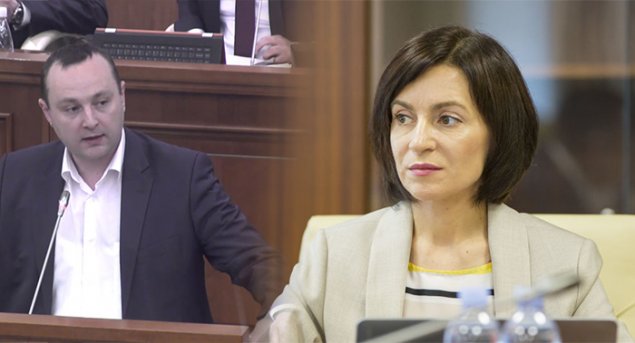 Move by pro-EU Prime Minister to turn August 23 into a day of remembrance for victims of totalitarianism may trigger an ideological fight with her pro-Russian coalition partners – who celebrate the victory in 1944 of the Soviet Red Army on that day.

Moldovan Prime Minister Maia Sandu has asked the State Chancellery to prepare a draft decree under which August 23 will be declared an annual day of commemoration for the victims of all totalitarian and authoritarian regimes.

The move is in line with a decision of the European Parliament in 2008 to proclaim August 23 as the European Day of Remembrance for the victims of both Stalinism and Nazism.

In Moldova, however, since Soviet times, the day has traditionally been used to celebrate the victory of the Soviet Red Army over Nazi Germany – marking the day in 1944 when the Red Army entered the country. Moldova was part of the Soviet Union from the end of the Second World War until 1991.

The draft text stresses the importance of preserving the memory of the past, and confirms a position of solidarity against all totalitarian regimes, regardless of their ideological nature.

While the document is in line with a European Parliament Resolution of 2009, which called for the establishment of such a day, the decision of the pro-EU Prime MInister is meeting resistance from her pro-Russian Socialist coalition partners.

They remain loyal to Moscow and still intend to celebrate the achievements of the Red Army. The Socialists plan to stage various commemorative events in Chisinau on August 23.

At the foundation in Mid-June of the coalition between Sandu’s pro-European ACUM bloc and the pro-Russian Socialists, Socialist President Igor Dodon urged the two factions to refrain from taking up conflicting ideological and geopolitical approaches to important issues.

Despite offering that advice, at the beginning of this month, Dodon announced plans to celebrate the ideologically and geopolitically sensitive date of August 23 in the old style – irritating his pro-European coalition partners.

His initiative has also drawn criticism from historians at the Moldovan Science Academy. Some have accused him of “glorifying the Soviet regime” and of “attacking the memory” of the victims of the Soviet regime re-established by the Red Army in 1944.

The identity of Moldova remains hotly contested because of its complex history. It formed part of an Ottoman vassal state, the Principality of Moldova, before 1812, when the Russian Empire annexed it following the Russo-Turkish wars of 1806 to 1812.

After the collapse of the Russian Empire, at the end of World War I, it became part of the kingdom of Romania, of which it remained a part until 1940. In 1941, Romania took back Moldova, only to lose it again in 1944. Moldova then entered the Soviet Union as a constituent republic until its independence in 1991.