Platon's offer behind the bars - $ 5 million for anyone in PAS, PPDA, or PSRM who gets him out of jail 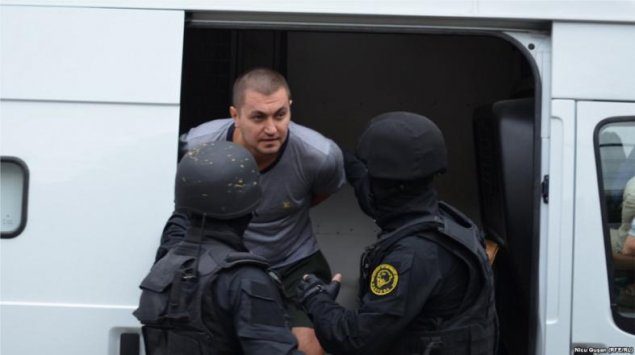 The No.1 raider in CSI has had a very suspicious behavior in the last days. It was expected that Platon, as his prison friend, the former Prime Minister Vlad Filat, would take advantage of the change of the Governance in order to come back to the fore, by placing himself in a "innocent victim" of the regime, he is keeping silent. The press, that continues to be nourished by him also behind the bars, fervently praises the "achievements" of the new Government, and fervently seeks the "sins" of the old one. And only Platon keeps silence. And the silence of the raider has a justification. Veaceslav Platon doesn’t lose the hope that he will come out of the bars being supported by the new Government. He is not even loosing time.

Well-informed sources informed us that Veaceslav Platon's people contacted representatives of each of the three parties of the new parliamentary majority.

The message is short and simple - who gets him out of prison, receives $ 5 million.

It is now up to us to see from which party - PAS, PPDA, PSRM MPs or Ministers will point up to the public about the "inhuman conditions" of detention of "the victim of the old regime", Veaceslav Platon. Then it will be clear who will "build democracy" with generous funding from stolen money from the Savings Bank (Banca de Economii). We remind that Veaceslav Platon was sentenced, in total, to 25 years in prison for the thefts of the country's banking system and for an attempt to corrupt the guards. An investigation into the zeppelin.md portal has shown that "the theft of the billon" is an operation, coordinated by the Russian special services, handled by Platon, that aimed at blocking Moldova's European path and creating chaos in the country.