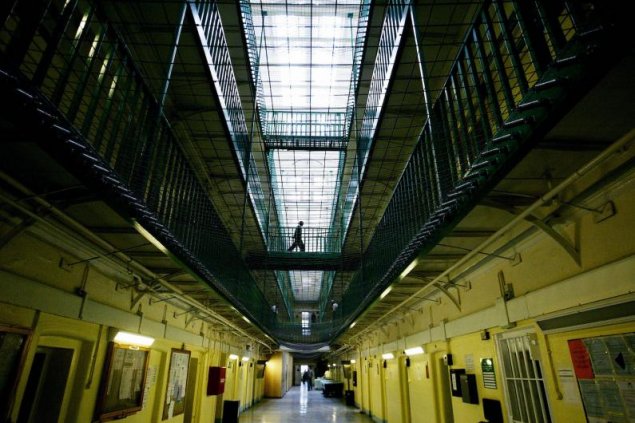 In August 2014, a homeless, unemployed petty crook had his plan to behead a British soldier thwarted by the police. A recent convert to Islam from Jehovah’s Witnesses, Brusthom Ziamani appeared to be just another jihadi whose grand plans ultimately ended in failure—until, that is, he ended up in a British jail.

Operating among a sea of other radicals in HMP Woodhill, in Milton Keynes, a town 50 miles outside of London, Ziamani staked out a position of importance. According to an ex-prisoner speaking to the Times of London, Ziamani dubbed himself “chief of the Sharia police,” making the rounds in his block to ensure that no Muslim prisoners were breaking the fast during Ramadan.

Ziamani would bring wrongdoers to the makeshift sharia court he ran from the confines of a jail cell. The Times describes how two “accused” appeared before Ziamani for the supposed crime of drinking alcohol. Ziamani decreed the punishment to be a beating, which two of his acolytes quickly—and savagely—delivered to the guilty parties.

This was not the only way in which the radicalism Ziamani had adopted outside of prison manifested itself once he was locked up. Ziamani would also approach newly detained Muslim prisoners about the depth of their faith, offering to take them to the “emir” of the prison, another convert, who would then deliver radical lectures from his prison cell.

Ziamani was eventually moved to another prison: HMP Whitemoor in Cambridgeshire. It was there, last Thursday, that he and an associate donned fake suicide belts, grabbed makeshift bladed weapons, and began to stab at prison staff while yelling “Allahu akbar.” Although there were no fatalities, five victims ended up in the hospital. British authorities are treating the incident as a terrorist attack.

In January 2018, a former associate of Osama bin Laden’s struck in a different French prison: Vendin-le-Vieil in the country’s north. Christian Ganczarski, a German convert, attacked four guards with an edged weapon. French officials believe he carried out this attack in order to prolong his incarceration in France and prevent extradition to the United States, where he faces terrorism charges.

Then, in March 2019, Michaël Chiolo—who had become an extremist in jail—conspired with his visiting wife, Hanane Aboulhana, to stab two guards at Condé-sur-Sarthe prison in northwestern France. Chiolo was injured and Aboulhana killed during the police’s response. Chiolo said his actions were intended as revenge for French authorities killing Chérif Chekatt, the Islamic State-inspired jihadi who killed five and injured around a dozen more during a firearm and knife attack on the Strasbourg Christmas market in December 2018. (Chekatt himself had also been radicalized in prison.)

Clearly, there is an issue to be addressed. And while the U.K. is just the latest country to suffer the consequences, it had at least taken a preemptive approach to dealing with it.

In September 2015, the British government commissioned a report into Islamist extremism in prisons, probation, and the youth justice system. The report, carried out by Ian Acheson (a former prison officer himself), concluded that Islamist extremism was “a growing problem within prisons.” This extremism had manifested itself in a variety of ways, from so-called prison emirs who were “exerting a controlling and radicalising influence on the wider Muslim prison population” to “aggressive encouragement” of non-Muslims to convert to Islam to “Muslim gang culture and the consequent violence.”