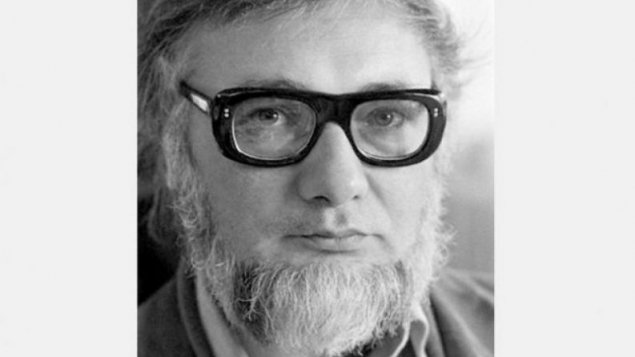 Goma, who was 84 years old, died during the night of March 24 to March 25. He had been admitted at the La Pitié Salpêtrière hospital in Paris since March 18.

Goma was born in 1935, in the village of Mana, in Basarabia. In 1949 he was admitted at the Gheorghe Lazăr High School in Sibiu. In 1952, he was banned from enrolling in any school in the country after the secret police Securitate detained him for eight days for having talked about the anticommunist resistance in the country at school and for keeping “a codified intimate diary.” After several attempts, he managed to enroll at the Negru Vodă High School in Făgăraș.
Advertisement

In 1954, he started his studies at the Mihai Eminescu Literature and Literary Criticism Institute, which became, in 1955, a department of the Philology Faculty of the University of Bucharest.

On November 22, 1956, he was arrested on attempting to organize a manifestation of support for the Hungarian Revolution. He was detained and in 1957 he was sentenced to two years in prison for disturbing public order. In March 1958 he was sent to serve his sentence at the Gherla penitentiary, from where he was released in November but placed under house arrest for 36 months in the village of Lătești, in the regional department of Fetești. In November 1961, the interdiction to leave the house was extended for another 24 months. He was released in January 1963.

In January 1977, radio Free Europe broadcast a letter Goma addressed to a group of writers in Czechoslovakia, expressing his solidarity with their situation and denouncing the human rights violation. In February of the same year, Goma wrote an open letter to dictator Nicolae Ceaușescu, protesting the human rights breaches in the country. As his initiative started gathering support, he was arrested in April. He was released from prison in May, following an international campaign and the protest of PEN Club International, led at the time by Mario Vargas Llosa.

In November 1977, Goma, together with his wife and son, left Romania for Paris, where they requested political asylum. Goma went on to work and publish in the French capital and lived there until his death.