Romanian presidential elections: Who are the candidates running for the top job? 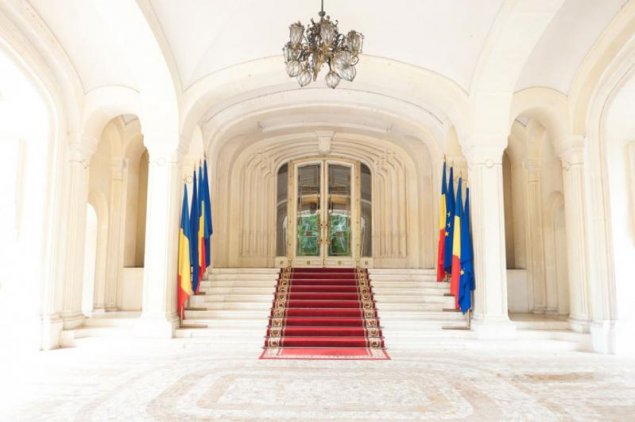 ​Romania's President, the prime minister and the leader of the second biggest opposition party will face each other in presidential elections, along with five other candidates. This weekend saw the conclusion for the period of registration of runners in the elections due to take place in November and the crowd is quite motley. Who are the presidential hopefuls?


Who are the candidates?

President Klaus Iohannis, 60, is running for a new term on behalf of the opposition National Liberal Party (PNL). An ethnic German from Sibiu city, he saw his first term permanently marked by a battle with the governing Social Democrats (PSD). In the 2014 elections, he managed to defeat Victor Ponta, then-leader of the PSD, in a close race marred by a catastrophic organisation of polls at home and abroad. He is now seen as top contender for the top job. For the past years, he has positioned himself as the sole relevant pillar of resistance in the face of a PSD-led assault on the judiciary and their effort to put an end to the fight against corruption. A former teacher and a slow talker, a former mayor of Sibiu for 14 years, he has been criticised, though, for slow reactions or not doing enough in key moments, as well as for his rigid stance on some issues.

Dan Barna, 44, is the leader of the Save Romania Union, the second biggest opposition party. He has been elected as deputy for the political group in the 2016 elections. Barna, a law graduate, is also coming from Iohannis' Sibiu. His party and their allies from PLUS have positioned themselves as an alternative to the old school politicians and are challenging both the governing Social Democrats and the opposition Liberals. Barna is running on the promise of pushing for reform and has chosen Dacian Ciolos, a former EU Commissioner, currently a MEP, to serve as prime minister in case of electoral victory in general elections next year.

Viorica Dancila, 56, is the leader of the Social Democrats and the head of government. A former MEP and a politician from Teleorman, the turf of former PSD strongman Liviu Dragnea, she took over as prime minister in January 2018. She rose to prominence after Dragnea - who, because of a corruption-related sentence, could not serve as PM - replaced to prime ministers in just one year for failing to obey him on key issues. Dancila was the third PM of the Social Democrats after they won the 2016 general elections. She managed to stay in office while also reportedly resisting Dragnea's pressure on some justice-related issues. Social Democrats suffered serious losses in the European elections earlier this year, and one day later Dragnea himself was sentenced and sent to prison in a corruption case. Dancila took over the reins of the party and is now running for presidency, albeit with very slim hopes of success.

Most of the other candidates are seen as colorful additions that would only manage to chip away votes from the top contenders, especially from Dancila.

Theodor Paleologu, 46, runs for the PMP party established by former President Traian Basescu, who is now a MEP. A charismatic intellectual, he carries the burden of his appreciation of Basescu and his cronies in the past - now even more problematic since a court decided last week that Basescu was a collaborator of the Ceausescu-era secret police, the Securitate (a decision that Basescu said he would challenge). Theodor Paleologu, the son of anti-communist intellectual Alexandru Paleologu, has come to prominence as a writer, diplomat and, in the past decade, as a politician.

Kelemen Hunor is the leader of the Hungarian Democrats (UDMR), a small by influential party of the ethnic Hungarians, which has played a key role in parliamentary majority-making efforts for most governments in recent history.

Ramona Bruynseels is the candidate of a small party established by businessman-politician Dan Voiculescu, most notably the owner of a group of influential TV channels including news channel Antena 3, which has long been used as a tool of political pressure and influence. Bruynseels has been heavily promoted on these channels, which somehow managed to promote, election-related or not, several of the presidential candidates - Bruynseels, PM Dancila, Mircea Diaconu and Alexandru Cumpanasu and Catalin Ivan. Bruynseels attracted mockery earlier this month when she said that "we, along with Russia, are a part of NATO".

Alexandru Cumpanasu is a leader of an NGO closely associated with the PSD and with various intelligence and military bodies, which have been the subject of controversies in the past. His candidacy was seen as abusive by many of his critics, as he built it following his surge in public attention in recent months. This summer, he positioned himself as a close relative and spokesperson of the family of a girl who was raped, then murdered despite her calling emergency number 112 for help repeatedly, a case that revealed the incapacity of many state institutions to react properly to the needs of the people.

Mircea Diaconu, a former actor who served as a MEP in the past European legislation, runs with the support of Pro Romania, the party of former PSD leader Victor Ponta, and their ALDE allies.

The last contender to submit the neccesary signature to register a candidacy on Sunday, the last possible day, was Catalin Ivan, a former MEP also runs for office on behalf of a new party, also positioning himself as an "alternative to the current political class".

Several other would-be candidates were rejected or decided to leave the race by themselves.

The official start date of the electoral campaign for presidential elections is October 12. The first round of elections is due November 10, with a second round on November 24.