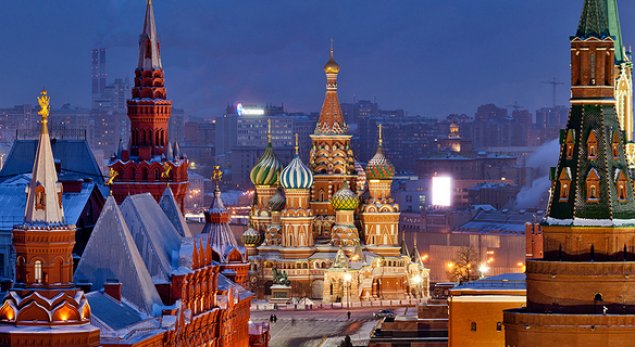 Moscow will soon start paying the price for its escalating military intervention in Syria in the form of reprisal attacks and casualties, the US defence secretary has warned, amid signs that Saudi Arabia and its Gulf allies are preparing to counter the Russian move.

Ashton Carter was talking at a meeting of Nato defence ministers in Brussels on Thursday during which the ministers agreed to increase a Nato response force intended to move quickly to flashpoints.


There were no plans to deploy the force to Turkey, though the Nato secretary general, Jens Stoltenberg, suggested its existence alone should discourage future Russian or Syrian incursions into Turkish territory.

“We don’t have to deploy the Nato response force or the spearhead force to deliver deterrence,” Stoltenberg said. “The important thing is that any adversary of Nato will know that we are able to deploy.”

Saudi Arabia, a leading supporter of Syrian rebels fighting to overthrow Bashar al-Assad, was said by diplomats to be preparing to step up its support, having despaired of the US. Ministers from Qatar and Turkey, the Saudis’ partners in the fight against Assad, are holding talks on their next moves.

Riyadh’s anger over Vladimir Putin’s intervention was reflected in a statement by 55 leading clerics, including prominent Islamists, urging “true Muslims” to “give all moral, material, political and military” support to the fight against Assad’s army as well as Iranian and Russian forces.

“Russia has created a Frankenstein in the region which it will not be able to control,” warned a senior Qatari source. “With the call to jihad things will change. Everyone will go to fight. Even Muslims who sit in bars. There are 1.5 billion Muslims. Imagine what will happen if 1% of them join.”

Saudi Arabia continues to insist that Assad must go, and cannot be part of any political transition, as the US, Britain and other western countries have signalled. It is expected to boost its financial aid to rebel groups and deliver weapons via the border with Turkey. Officials said they were watching to see if King Salman cancels a planned visit to Moscow next week.

The ministry claimed to have destroyed eight Islamic State (Isis) strongholds near populated areas in the Homs province, and hit 11 training camps affiliated with the jihadi group in the Hama and Raqqa provinces.

“As a result of the strikes, the infrastructure used for the training of terrorists has been destroyed,” the statement said.

In his remarks, Carter said that the Russian military campaign, including airstrikes and ship-launched cruise missiles, were not targeting Isis but represented a Russian decision “to double down on a longstanding relationship with Assad”.

“They have initiated a joint ground offensive with the Syrian regime, shattering the facade that they are there to fight Isil [Isis],” he added. “This will have consequences for Russia itself, which is rightly fearful of attacks. In coming days, the Russians will begin to suffer from casualties.”

Carter said that Russian missiles had been fired without giving notice to other states in the region and came within a few miles of hitting a US drone over Syrian airspace.

“We’ve seen increasingly unprofessional behaviour from Russian forces. They violated Turkish airspace ... They shot cruise missiles from the Caspian Sea without warning,” the defence secretary said. But he restated a US refusal to coordinate its own air campaign against Isis with Russian forces because of Moscow’s emphasis on supporting the Syrian president. Aircraft bombing Islamist militants in Syria were re-routed at least once to avoid a close encounter with Russian planes.

Germany’s defence minister, Ursula von der Leyen, said Russia must recognise that if it targeted opposition groups in Syria that are fighting Isis, “Russia will strengthen Isis and this can be neither in the Russian interest, nor in our interest”.

Fallon announced that the UK would be sending a hundred more British trainers to the Baltic states to counter Russian pressure there.

The increased Nato response force is supposed to be able to react to threats in both the Baltics and in Turkey. The Russian intervention however has come at a time when Nato Patriot anti-aircraft missiles are being withdrawn from Turkey. A US battery was shipped back to the US for “modernisation”, Germany withdrew its battery partly in protest at Turkish airstrikes against Kurdish groups in Syria, and Spain is not expected to keep its missiles in Turkey beyond the end of the year.

Meanwhile, Congress has begun an investigation into whether US intelligence agencies had anticipated the scale and objectives of the Russian intervention in Syria, according to the Reuters news agency.

Most of the recent fighting appeared to be concentrated in Hama, a central province with a majority Sunni capital that has remained in the hands of the regime since the start of the war. It is key to Assad’s strategy of cementing control over major population centres in a strip of territory from Latakia in the north, through to Homs, Hama and Damascus.

Jaysh al-Fateh, a coalition of Islamist rebel factions, conquered most of Idlib in a spring offensive, forcing the regime to abandon the province. Russian airstrikes have repeatedly targeted the province over the past week, though there is no known Isis presence in the area.

The Syrian Observatory for Human Rights (SOHR) said Russian planes also bombed targets on the outskirts of the historic city of Palmyra, which was seized by Isis in May, and the town of Qaryatain, which was also seized by the militants this summer and whose Christian residents have either been taken hostage or fled. Syrian state TV said airstrikes also hit Isis positions in northern Aleppo.

It is unclear if the Assad regime will be able to score major ground advances against the rebels following years of vicious warfare that has sapped his armed forces, and amid widespread dereliction of duty among its conscripts, while facing rebels who are united by their anger at the Russian intervention.

“Russia is primarily targeting opposition fighters, and this could end any future peace process in Syria and strengthen the role of Islamic State and the extreme factions that do not want peace, whether they support or oppose the regime,” said the SOHR’s director, Rami Abdul Rahman.