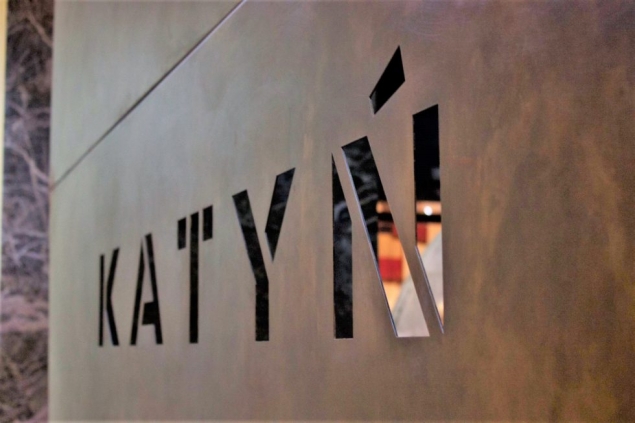 
The prosecutor’s office sought the removal of the plaques last year, arguing that they had been placed on the building “unlawfully” and that “the information presented on them does not reflect the actual truth”, reports Gazeta Wyborcza.

The removal itself was carried out by the leader of a local nationalist movement and the deputy rector for security at the medical university now housed in the building, according to Alexander Guryanov of Memorial, a Russian society that commemorates the Soviet Union’s totalitarian past.


Guryanov told Polish website RMF24 that there was “no legal basis” for the action. He noted that the university’s security official is someone usually appointed by the FSB, Russia’s state security agency.


In 1940, around 22,000 Polish military officers and intelligentsia, who had been taken prisoner following the Soviet invasion of Poland in 1939, were murdered in mass extrajudicial executions. The plan had been proposed by Lavrentiy Beria, head of the secret police, and approved by Joseph Stalin.

Though the crime is known as the Katyn massacre, after the forest where bodies were first discovered, the killings themselves largely took place elsewhere. Around 6,300 of the victims were murdered in the basement of the secret police headquarters in Kalinin (as Tver was then known).

When the mass graves were discovered in 1943 by Nazi Germany, the Soviets rejected demands for an international investigation and blamed the Germans for the crime. This remained their official position until 1990, when Moscow finally acknowledged responsibility for the massacres.

The following year, a former Soviet secret police commander admitted his role in the murders at Kalinin, detailing in a videotaped statement how they had shot 250 Poles every night.

In 1992, two plaques were erected on the former secret police headquarters by Memorial. One read (in Polish and Russian): “In memory of Poles from the Ostashkov camp murdered by the NKVD [the Soviet interior ministry] in Kalinin, as a warning to the world.”

Six years ago, the lower house of Russia’s parliament, the State Duma, issued a declaration condemning the “horrific tragedy” of the “Katyn crime [that] was carried out on direct orders of Stalin”. It expressed hope that this could mark “the beginning of a new stage in relations” with Poland.


Recently, however, there has been a growing revisionist trend in Russia to downplay Soviet crimes, at both national and local levels. This has strained relations with Poland.

In Tver, local “patriots” have for years been demanding the removal of the plaque from the building, reports Gazeta Wyborcza. They have also called for the liquidation of the cemetery in nearby Mednoye where the Polish victims are buried and commemorated.

Meanwhile, Russian president Vladimir Putin drew an angry response from Warsaw when, in December and January, he made a series of remarks presenting a revisionist version of World War Two history. This included blaming Poland for the outbreak of the conflict and suggesting that the Soviet occupation saved Polish lives.


Other senior Russian officials went even further. Duma speaker Vyacheslav Volodin directly accused Poland of “collaborating with Nazi Germany 80 years ago” and called on Polish leaders today to “be honest and apologise”.

The row escalated further when Poland’s president, Andrzej Duda, boycotted an international Holocaust forum in Israel that was being co-organised by a Russian oligarch. He made the decision after Putin was permitted to speak at the event but Duda’s request to do so was denied.

Yad Vashem, the Israeli Holocaust memorial that hosted the forum, received widespread criticism for allowing itself to be used to present Russia’s version of history.

Yad Vashem later apologised for allowing “inaccuracies” and “distortions” at the forum, such as “not including any reference to the partition of Poland between Soviet Russia and Nazi Germany”.

In 2015, Russia’s ambassador to Poland, Sergey Andreev, claimed that “Poland was partly responsible for” being invaded by Nazi Germany, because it had “repeatedly blocked the formation of a coalition against Hitler”. The Soviet Union’s occupation of eastern Poland was simply an act of self-defence, he said.

Andreev last year criticised the Polish authorities for removing Soviet monuments, saying that “as long as Poland denies that it was liberated by the Red Army in World War II, the resumption of dialogue on historical issues is not possible”.

In 2016 Russia’s Supreme Court upheld a sentence against a blogger who had reposted a text saying that the Soviets and Nazis “closely collaborated” in the “joint invasion of Poland”. He was responsible for “circulating false information”, found the court, and therefore guilty of “rehabilitating Nazism”.

Last year, Poland’s chose not to invite Russia to attend the commemoration of the 80th anniversary of the outbreak of the Second World War. Russia’s foreign ministry criticised the decision, saying that it was the Soviet Union which “liberated Poland from the Nazi aggressors”.

President Duda responded by saying that Poland wanted to commemorate the event only with countries that work towards “peace in a world based on the principles of observing international law”.