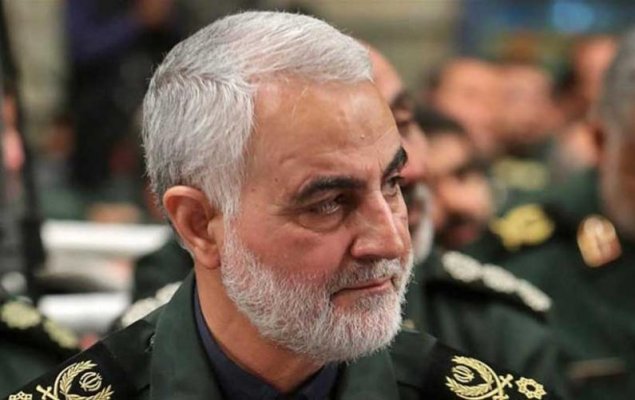 Amidst an environment of a tense standoff between Iran and the US since the last couple of months, the United States assassinated high-ranking Iranian military and intelligence official Qasem Soleimani in a drone strike at Baghdad International Airport on Friday morning along with several other Iran-backed officials operating in Iraq. The assassination of Qasem Soleimani is being anticipated as the most aggressive action, which could trigger the US and Iran towards a possible state of war by exposing the region to alarming tragedy.


Both sides are making vengeful statements with objectives to undermine each other with severe consequences. Iran warned of the severe avenge of the killing of a senior commander of the IRGC’s Quds Forces Major General Qasem Soleimani. Being the commander of Iran’s elite Quds Force, Qasem Suleimani was considered as the architect of the nation’s military, intelligence operations, and a close confidant of Supreme Leader Ayatollah Ali Khamenei. On other side, the US used to tag Qasem Suleimani as a terrorist and one of the world’s most dangerous men, aiding Syrian President Bashar Al-Asad in the Syrian Civil war and causing the deaths of hundreds of Americans during the Iraq war.

US engagements in the region during the last two decades witnessed the fact that US administration including Donald Trump and his predecessors are experts in solving one problem by creating another big mess in the region. In this scenario, statements from the US president following the assassination of Qasem Suleimani that the targeted action against Qasem Soleimani was initiated “to stop a war, not to start one” seems hilarious.

Donald Trump has pushed the US towards an unending rivalry and conflict by Killing Qasem Soleimani by opening a new Pandora box in the region. The International strategists and analysts are seeing the decision of strike of US Administration as a plethora to divert attention from the internal crisis faced by Trump and his administration.

The killing of Qasem Soleimani became international headlines in the global media for the last two days. Donald Trump played Iran card for his elections and to get rid of its impeachment crisis but this Iran card leads the US towards a major watershed.

Donald Trump old tweets about using Iran cards for Obama haunted him and widely discussed and shared on social media. Following the assassination of Qasem Suleimani, some elements in the US are praising Donald Trump for the death of Soleiman, while some others are condemning the action for escalating already fraught tensions. It is too early to gauge the intensity of possible consequences and implications of the assassination of Qasem Suleiman; however, the US administration has to come out with more solid justifications this time for its actions.

Donald Trump does not need enemies while making such kind of decisions. The warmongering rhetoric of Donald Trump has multiplied the intensity of tension between the US and Iran. Donald Trump has made several tweets by justifying his stance on Qasem Soleimani’s killing. His repeated tweets gestured that he is well aware of any expected reaction from Iran. Trump is trying hard to downplay the killing of Qasem Soleimani that does not seem possible in a country like Iran.

Iran has made up its mind to react following the assassination of powerful men of Iran in a drone strike at Baghdad International Airport. Iran has categorically warned for retaliation to avenge the murder of Soleiman by pointing out that time and the target will be told by the time.

Iran Foreign Minister Javed Zarif started meeting with his various counterparts for their future strategy on Qasem Soleimani. There has been huge curiosity around the world that what kind of reaction is being expected from Iran in the aftermath of Qasem Soleimani killing by the US.

Donald Trump put the US into the worst snare by jeopardizing US national security by killing Qasem Soleimani. Donald Trump has negated all his previous policies and strategies on the Middle East for he used to criticize Obama and his administration.

The killing of Qasem Soleimani will prove to be a major setback for Trump’s elections as thousands of Americans have also come to roads in New York against war hysteria of Trump administration.

Iran’s strategic partners will support Iran at this stage when they engineered a new battlefield for the US to engage it for more skirmishes to weak US defense sector and waste its more capital in the region.

On the other side, millions of people moved to roads to attend funeral prayers for Qasem Soleiman in Iraq and Iran and to honor Commander Qasem Soleimani, which hinted at the fact that the situation is not as rosy as depicted by US administration. The consequences are going to be exposed with Iranian rhetoric that Iran has made up its mind to avenge the assassination of Qasem Soleiman and in this connection, till filing of this report, the missile was reportedly fired at base camp in Iraq housing US soldiers with confirmation of news regarding injuries of US troops.