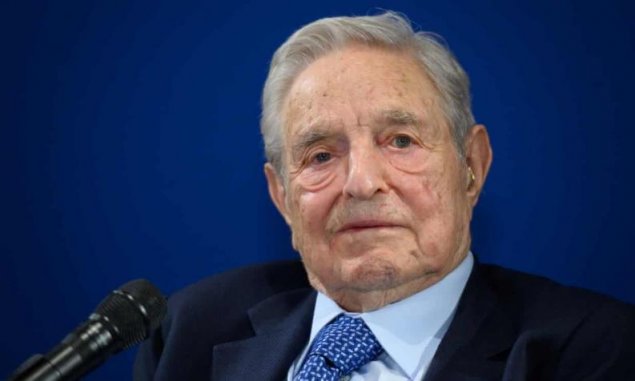 
The philanthropist and former financier George Soros has announced that he is to donate $1bn to fund a new global network of universities designed to promote liberal values and his vision of an open society.

In what he hailed as the “most important and enduring project of my life”, Soros said it was important to fund institutions that would help resist the drift towards growing authoritarianism in the US, Russia and China. He also launched a fresh attack on Donald Trump, calling the US president “the ultimate narcissist”.

Soros, speaking at the World Economic Forum in Davos, said his new Open Society University Network would build on his Central European University, set up after the collapse of communism 30 years ago.

The CEU has been forced to move from Hungary to Vienna after Hungary’s rightwing leader, Viktor Orban, stripped it of the ability to issue US degrees.

Soros – the man responsible for the run on the pound that led to sterling leaving the European exchange rate mechanism on Black Wednesday in September 1992 – said the CEU had not been strong enough by itself to become the educational institution the world requires. “That requires a new kind of global educational network.”

He added that the time had come for his Open Society Foundation – the vehicle for his philanthropy – to embark on an ambitious project that would build on the CEU and develop “a new and innovative educational network that the world really needs”.

Soros said: “OSUN will be unique. It will offer an international platform for teaching and research. In the first phase it will connect closer together an existing network. In the second phase, we shall open up this network to other institutions who want to join and are eager and qualified to do so.

“To demonstrate our commitment to OSUN, we are contributing one billion dollars to it. But we can’t build a global network on our own; we will need partner institutions and supporters from all around the world to join us in this enterprise.”

Soros said that while the political situation was quite grim, it would be a mistake to give in to despair. He attacked Trump, who he said was a “con man and the ultimate narcissist who wants the world to revolve around him”.

He said: “When his fantasy of becoming president came true, his narcissism developed a pathological dimension. Indeed, he has transgressed the limits imposed on the presidency by the constitution and has been impeached for it.”

As 2020 begins…
… we’re asking readers, like you, to make a new year contribution in support of the Guardian’s open, independent journalism. This has been a turbulent decade across the world – protest, populism, mass migration and the escalating climate crisis. The Guardian has been in every corner of the globe, reporting with tenacity, rigour and authority on the most critical events of our lifetimes. At a time when factual information is both scarcer and more essential than ever, we believe that each of us deserves access to accurate reporting with integrity at its heart.

You’ve read 6 articles in the last four months. More people than ever before are reading and supporting our journalism, in more than 180 countries around the world. And this is only possible because we made a different choice: to keep our reporting open for all, regardless of where they live or what they can afford to pay.

We have upheld our editorial independence in the face of the disintegration of traditional media – with social platforms giving rise to misinformation, the seemingly unstoppable rise of big tech and independent voices being squashed by commercial ownership. The Guardian’s independence means we can set our own agenda and voice our own opinions. Our journalism is free from commercial and political bias – never influenced by billionaire owners or shareholders. This makes us different. It means we can challenge the powerful without fear and give a voice to those less heard.

None of this would have been attainable without our readers’ generosity – your financial support has meant we can keep investigating, disentangling and interrogating. It has protected our independence, which has never been so critical. We are so grateful.

As we enter a new decade, we need your support so we can keep delivering quality journalism that’s open and independent. And that is here for the long term. Every reader contribution, however big or small, is so valuable.