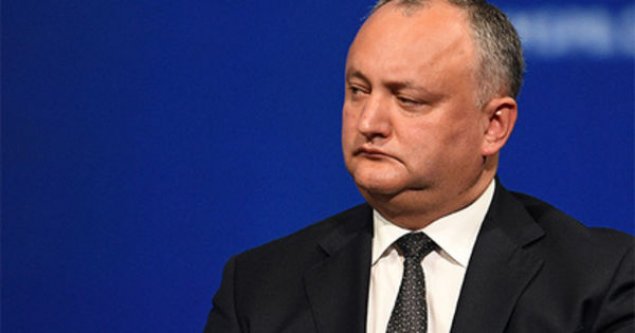 In December 2019, I met with the Prime Minister of the Republic of Moldova, Ion Chicu. We agreed that Council of Europe experts would visit Chisinau with a view to offering our assistance towards reforms needed to create an independent, accountable, efficient and professional judiciary for the Republic of Moldova.

On 20 and 21 January, a Council of Europe delegation held fruitful exchanges with the Prime Minister, the Minister of Foreign Affairs, the Minister of Justice, the Speaker of Parliament, the Parliamentary Legal Committee on appointments and immunities, the Constitutional Court, the Prosecutor General, the Superior Councils of the Magistracy and of Prosecutors, the National Institute of Justice, serving judges - including from the Supreme Court - and civil society organisations.

Our experts concluded that a clear strategic concept for the desired changes should be drawn up as the basis for the work to follow, including at the legislative level. This concept should have the active support of all stakeholders and reflect the country's obligations as a Council of Europe member State. The concept should provide a proper strategic vision for the planned reforms and be based on a thorough needs assessment justifying and explaining the legislative and policy initiatives that are to follow. The institutions concerned will have to work together constructively and without haste to achieve these important goals.

According to our experts, the perception of corruption unfortunately remains high, including in respect of the judiciary. Measures should be taken to implement GRECO recommendations on preventing corruption with regard to judges and prosecutors, notably to prevent the appointment and promotion to judicial positions of candidates with integrity risks.

More broadly, the effectiveness of the anti-corruption framework should be strengthened and the independence and capacity of the main institutions in charge of preventing and fighting corruption should be guaranteed.

All reform measures must respect the Constitution and any elements of the reform that are not in accordance with the Constitution should be preceded by a constitutional amendment, itself in line with European standards. The Republic of Moldova should implement the recommendations set out in the Opinions of the Venice Commission when it comes to the role and mandate of the Superior Council of Magistracy and steps to renew the judiciary or ensure its integrity. It is important to ensure that all actions are appropriate and proportionate to the aim, and to clearly distinguish between matters that relate to the integrity of judges and those that relate to their competence.

Before considering any large-scale evaluation, full use should be made of the procedures that are already available for ensuring the integrity of the judiciary, notably criminal and/or disciplinary proceedings in cases of specific misconduct including corruption and effectively enforcing an asset declaration scheme.

Article 6 of the European Convention on Human Rights and the case law of the European Court of Human Rights (ECtHR) provide a binding framework as regards removals, assessments and transfers of judges. A general re-evaluation exercise for judges and prosecutors is likely to lead to numerous applications before the ECtHR by those who have been dismissed or transferred as well as disrupting the functioning of the judicial system. The Ad Hoc Working Group therefore recommends utmost caution before considering any such initiatives.

The Ad Hoc Working Group recommended that the authorities work proactively to ensure the widest possible consensus for all reform measures as well as the engagement and endorsement of the institutions and professional groups concerned. It stressed the need to proceed on a step-by-step basis with clear benchmarks and an open and inclusive approach. In this context, the Working Group was pleased to note the Prime Minister's call for active and constructive participation in the process.

We are ready to continue our work with the authorities as they pursue this crucial process for the country in order to ensure the independence, integrity and professionalism of the judiciary.