Ukrainian Economy Starts to Buckle Behind Cloak of Calm in Kiev

Ukrainians are seeing signs the economy is cracking under the... 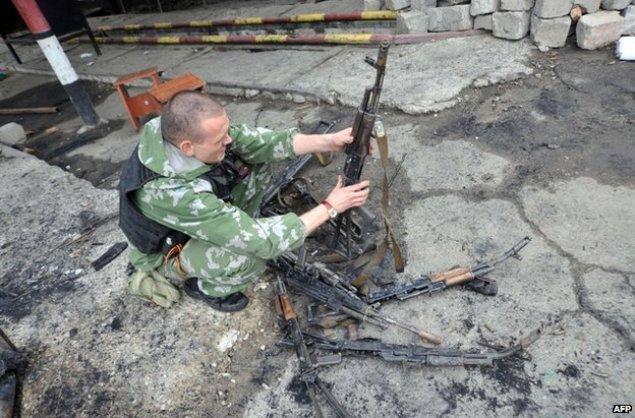 Two civilians were killed and six injured on Friday morning by rebel shelling of the town of Shchastya, near Luhansk city in east Ukraine, the head of the Kiev-controlled regional administration said.

"The shell fell on a cafe where there were lots of people," Hennadiy Moskal said in an online statement, adding that other shells had struck elsewhere in the town.

"The town's heating system is broken, power lines are damaged as well as the water supply ...So this is how a comprehensive ceasefire is prepared for." (Reporting by Pavel Polityuk; Writing by Alessandra Prentice; editing by John Stonestreet).