EU member states on Tuesday endorsed a plan to invest more than 200... 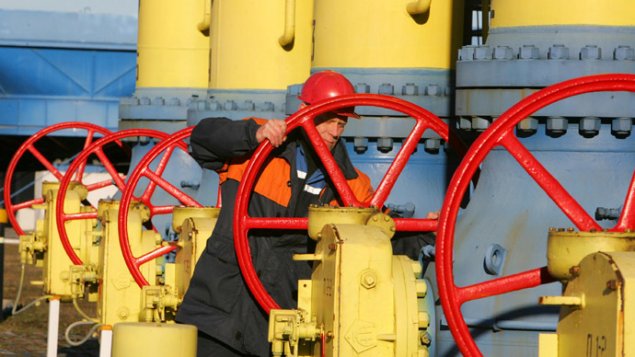 Ukraine's gas transport monopoly Ukrtransgaz said on Monday Russia would resume supplies of natural gas on Dec. 11 after a six-month gap due to a dispute over prices and unpaid debts.

Without Russian gas and hit by separatist violence that has disrupted its own coal mining, Ukraine has been forced to introduce widespread power cuts.

The energy ministry had expected flows from Russia to resume on Monday. Hard frosts have boosted consumption to record volumes in recent weeks.

Ukraine transferred $378 million to Russia's Gazprom on Friday to buy one billion cubic metre (bcm) of Russian gas in December. A Gazprom spokesman said the Russian giant monopoly had received the money from Ukraine and was ready to start pumping gas.

A cold snap is draining Ukraine's winter natural gas reserves, which have fallen by more than 20 percent since the heating season began in October to 13.3 bcm, Ukrtransgaz said on Monday.

Turning to Russia for electricity supplies is a blow for Kiev, whose relations with the Kremlin are at an all-time low following Russia's annexation of Crimea and fighting in the east.

State power firm Ukrenergo said on Monday it had imposed further restrictions on electricity consumption to heavy industry and households to balance supply and demand. Ukraine estimate it is short of slightly more than 10 percent of the electricity it needs.