After the identity of ISIS terrorist Jihadi John was revealed on...

AN OPEN LETTER TO RUSSIAN LEADERWe’re Not Impressed With Your Space Tantrum, Mr. Putin 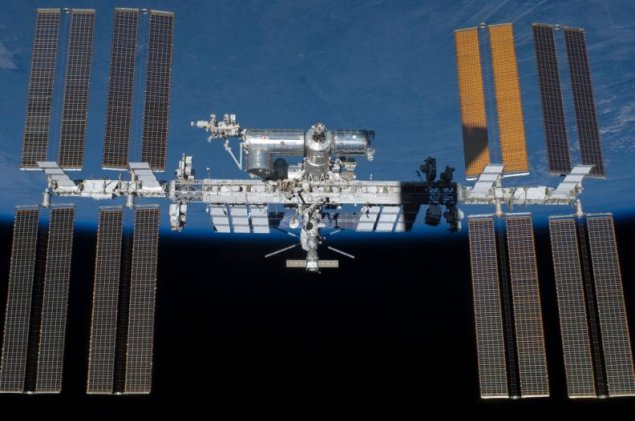 An open letter to the Russian leader as his deputy prime minister threatens to ground American astronauts and military satellites...

So you’re not having enough problems digesting Crimea, that half-bankrupt hairball you swallowed because it was there and looked tasty but now it won’t go down and everyone in the world is mad at you? Now you want to pick a fight in space too?


That’s how it seems, at least, after your Deputy Prime Minister Dmitry Rogozin announced a number of tit-for-tat sanctions against the U.S. today—specifically among them, targeting our countries’ once-cozy collaboration on the International Space Station. According to Rogy, you’ll quit selling us seats on your Soyuz booster—which, since the grounding of the shuttle, is American astronauts’ only way into space—and use the station on your own, despite the fact that it was largely a NASA construction project. What’s more, you’ll no longer sell us the NK-33 and RD-180 engines we currently buy from you for our Atlas V boosters, at least for any launches of military satellites.

First of all, you’ve conveniently scheduled the shutdown of your Soyuz taxi service for 2020, or four years before we plan to abandon the ISS and drop it in the drink anyway. Why wait until then? Could it be the cool $76 million we pay you per seat—cash that an oil-drunk economy like yours needs when fossil fuel prices are falling? But, as you surely know, at least two American companies—Orbital Sciences and Elon Musk’s SpaceX—will all but certainly have their own for-lease spacecraft flying well before then, and even NASA, which has been inexcusably slow in getting a next generation manned vehicle built, may be back in the game by 2020. In other words, you’re going to quit selling us a service we weren’t planning to use anymore anyway. (According to an e-mail from NASA to TIME, by the way, you’ve not even officially been in touch about your new plans, though you did take the time to let the media know—a little like breaking up over Twitter.)

As for the engines: yes, it’s true that the NK-33 and D-180 are nice bits of hardware and the Atlas does rely on them. But the Atlas pre-dates you, Vlad. Remember John Glenn? He flew on one of them, as did the ICBMs we were building in those days and pointing your way—and you guys weren’t exactly selling us the hardware we needed to take you out. You don’t want the revenue that comes from globalized trade? OK, so we’ll in-source our engines again and keep the cash at home.

Look, Czar Descamisodo, history will decide if your Ukrainian adventure was a winning hand. But the Space Race is over and America won. Even decades after the glory days of the moon landings, it’s still NASA that’s got spacecraft approaching, orbiting or on the surface of Mercury, Mars, Jupiter, Saturn, Pluto and multiple asteroids. Russia? Not so much. The world will have to reckon with you for as long as you choose to misbehave in Europe and anywhere else your eye may wander. But in space? We’re fine without you. Tranquility Base, out.