Who is behind the attempts to expropriate Giurgiulești International Free Port? 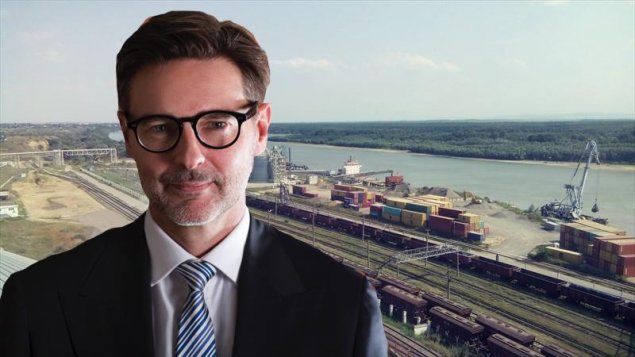 Mr. Moser who is the owner of the Giurgiulesti International Free Port?

Does this dispute affect the operation of Giurgiulesti International Free Port?

Why did EASEUR Holding BV sell Danube Logistics SRL in 2011?

Why was EASEUR Holding BV unable to repay its debts to Credit Suisse?

EASEUR Holding BV’s efforts to re-finance the overdue debt outstanding to Credit Suisse with new bank loans failed primarily because of the company’s links with Rafiq Aliyev. After Rafiq Aliyev lost his final appeal to overturn his conviction for various economic crimes in Azerbaijan, international banks as well as Aliyev’s New Ventures Capital NV refused to provide additional financing. A proposal to Credit Suisse to convert part of the debt into a minority shareholding in Danube Logistics SRL was also rejected, as Credit Suisse was unwilling to hold shares in a company that had links to the imprisoned Aliyev.

How much was invested by EASEUR Holding BV and by Rafiq Aliyev’s Azpetrol Group in Danube Logistics SRL before the company was sold?

Did EASEUR Holding BV require the approval of Rafiq Aliyev for the sale of Danube Logistics SRL in 2011?

Why did Aliyev’s New Ventures Capital NV consent to the transaction in 2011?

New Ventures Capital NV agreed to the transaction in order to realize a substantial profit on Aliyev’s investment, which was under threat to be entirely lost when he was arrested in 2005. After EASEUR Holding BV and BEMOL Retail SRL were released of their obligation to repay Credit Suisse in 2011, Aliyev demanded from these companies to stop investing in Moldova and to use the cash flows generated by BEMOL Retail SRL to repay the loan outstanding to New Ventures Capital NV. Between January 2012 and January 2014 EASEUR Holding BV repaid already $11m to Aliyev’s New Ventures Capital NV.

What was the basis of the claim related to your management of BEMOL Retail SRL?

Do you consider that Aliyev’s claims are legitimate?

Aliyev’s claims are simply frivolous. BEMOL Retail SRL earned MDL 12m interest on its financing of Danube Logistics SRL, which was approved by Aliyev’s New Ventures Capital NV and funded by the subsidy the Government granted primarily in support of Danube Logistics SRL’s and of BEMOL Refinery SRL’s investments in Giurgiulesti International Free Port. Also Aliyev’s claims related to the lease of petrol stations have no merit as each lease agreement generated substantial profits for the company and considering the fact that Aliyev did not only refuse to provide BEMOL Retail SRL with the capital required to construct 50 petrol stations but also requested in January 2012 to stop investments in Moldova in order to use BEMOL Retail SRL’s cash flows for the repayment of EASEUR Holding BV’s debt outstanding to his company New Ventures Capital NV.

How much of the subsidy that BEMOL Retail SRL collected from the Government was shared with Danube Logistics SRL?

What are your plans regarding the court ruling related to BEMOL Retail SRL’s claim?

We have requested that the relevant authorities investigate the conduct of the court proceedings and the fabrication of the evidence in connection with BEMOL Retail SRL’s claim. Furthermore I have submitted a claim against the Republic of Moldova to the ECHR due to the flawed court proceedings, the role of employees of state authorities in the fabrication of evidence and the arbitrary interpretation of the applicable legislation. On 25 October 2019 the ECHR confirmed the admission of my claim.